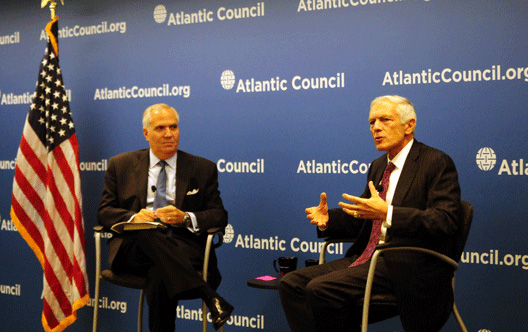 In his remarks, Clark emphasized that the United States needs a national strategy, not a grand strategy, going forward in order to address issues that will arise in the twenty-first century.

Gen. Clark believes that the United States is at an inflection point in its history, comparable to 1945 and 1989, but it does not have a grand strategy while other actors, like China and Russia, are currently implementing theirs. With the rise of major challenges across the planet, the United States needs to put aside internal strife and work towards correcting major issues facing the country. Clark listed five major threats to US security:

Gen. Clark realizes that none of these problems have easy solutions, and it will take strong leadership and hard work to solve them. A major step, Clark believes, is to strengthen the US economy through investment in the private sector. As an example, Clark believes the United States should invest in its natural gas resources and become a major exporter instead of importer of energy.

Although the issues the country face are serious and the solutions are hard, it is necessary for the government to push through and develop a strategy to confront them head on. In order to do this, the United States must start playing long-term games and stop focusing on short-term consequences and events.