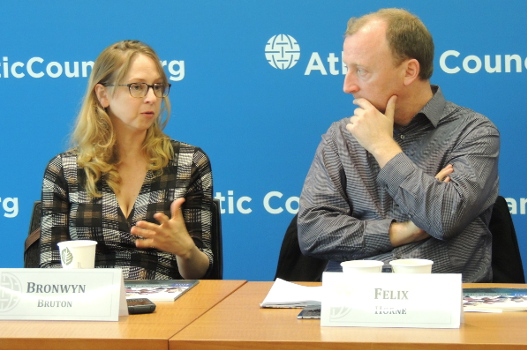 Ethiopia, Africa’s second most populous country, will go to the polls in May. The election will be the country’s first since the death of longtime Prime Minister Meles Zenawi, and has brought into focus the state of independent media and citizens’ access to information in the East African country.

On January 29, the Atlantic Council’s Africa Council hosted an off-the-record roundtable with Felix Horne, Eritrea and Ethiopia researcher at Human Rights Watch (HRW). Horne is the author of HRW’s recent report, “‘Journalism Is Not a Crime:’ Violations of Media Freedom in Ethiopia.”  The presentation and subsequent discussion, moderated by Africa Center Deputy Director Bronwyn Bruton, revolved around the report and the implications of its findings for the elections.

The HRW report highlights what its author describes as Ethiopia’s suppression of independent journalism and private media critical of the government. The report chronicles incidents of journalists, their sources, printers, and advertisers being subject to harassment, threats, arbitrary arrest and detention, and criminal charges—including terrorism and treason—for writing or publishing articles perceived as unfriendly to the ruling party. As a result, the report notes an uptick in 2014 of Ethiopian journalists in exile and of independent publications being forced to close.