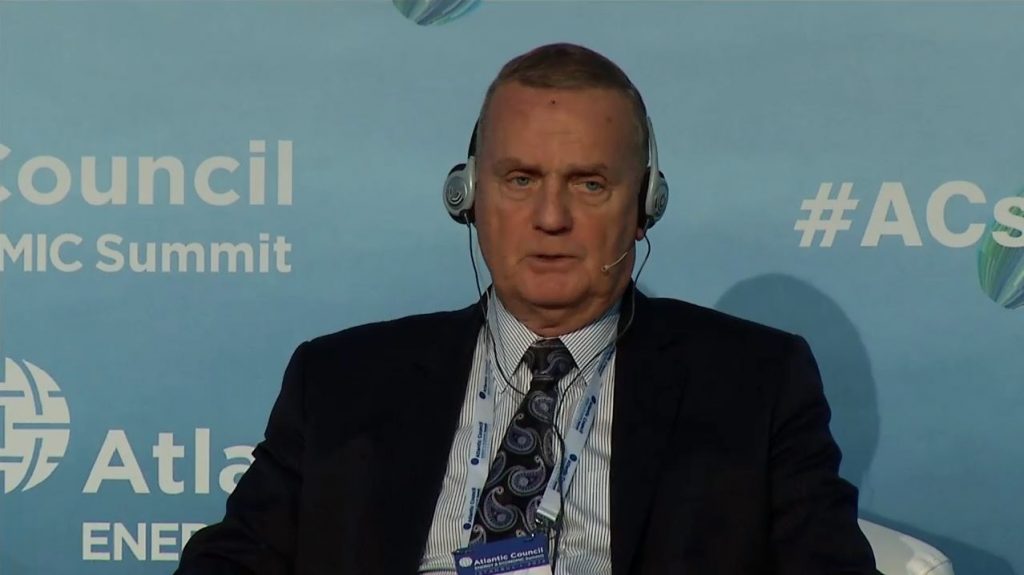 Jones, a former national security advisor in the Obama administration, said deploying ground forces is essential to avoiding a protracted war with ISIS (the Islamic State of Iraq and al-Sham), which controls almost 30 percent of Iraq and large parts of Syria.

“The question is: Are we willing to apply the amount of military that is required to deal with ISIS?” Jones told an audience of government officials, corporate executives and policy specialists at the summit. “At some point there will have to be boots on the ground—soldiers, Special Forces and the like.”

“Where those forces will come from is of course very much on the table. But unless we’re willing to see this battle with ISIS go on for a long period of time, there are ways to shorten that and the shortest path is to have a military intervention that is of unquestioned capability and can achieve a tactical goal relatively quickly,” said Jones, who also is the founding chairman of the Atlantic Council’s Brent Scowcroft Center on International Security.

President Barack Obama has publicly ruled out deploying US ground troops to fight ISIS in Iraq. From  a military perspective, said Jones, “you certainly shouldn’t tie one hand behind your back, unless you absolutely have a good reason for doing so.”

Zalmay Khalilzad, a former US ambassador to Iraq, echoed Jones’ concerns about tactical “limitations that we have imposed publicly on ourselves about what we would or would not do.”

Obama has sent 1,600 military advisors and trainers, and this month announced that another 1,500 will be embedded with the Iraqi military. Only about half of Iraq’s 50 army brigades are believed to be operational.

While shying away from a ground war, the US has cobbled together a coalition that is conducting airstrikes against ISIS militants. These operations have rolled back ISIS’ advance, letting fighters of Iraq’s Kurdish minority recapture the strategically important Mosul dam, rescue thousands of members of the Yazidi sect from imminent slaughter in the Sinjar region, and create a defensive buffer around Irbil, the capital of the Kurdish Regional Government in Iraq.

All this is “not too bad,” said Jones, “but we can also say that there hasn’t really been a clear turning of the tide yet.”

Jones said a successful strategy to defeat ISIS would include:

3)      Ensuring the success of the Iraqi government.

Khalilzad noted that ISIS is the latest of a series of Islamist militant groups active in the region, including al Qaeda in Iraq. “We have seen this threat before,” he said.

“The question is: What should be done strategically to prevent this being repeated every few years, this issue of reemergence of a new group with a new name posing the kind of threat that at the present time [ISIS] is posing?” he added.

Khalilzad said that aside from military tactics, the reemergence of groups like ISIS can be prevented by addressing underlying issues such as the regional struggle among Iran, Saudi Arabia, Turkey and other Persian Gulf states—a contest that has produced proxy wars in Iraq and Syria. Accommodation between Shias and Sunnis in Iraq and Syria also is needed, he said, and the new unity government in Iraq has been a “hopeful sign.”

Looking ahead, Jones said it was crucial for the US and its allies to have already thought through a strategic plan for security, economic development, and the rule of law, which can be put in place before the hostilities end in Iraq and Syria.

“The worst thing that could happen is for us to be successful tactically and fail strategically,” Jones said.