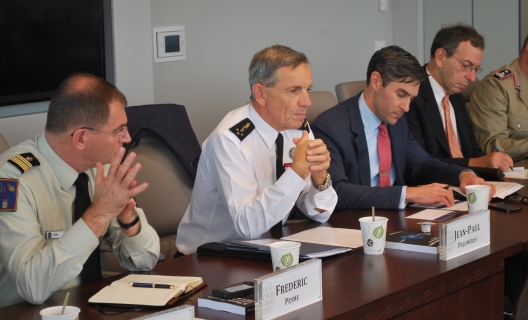 On October 3, the Atlantic Council’s Brent Scowcroft Center on International Security hosted an off-the-record strategy session with Supreme Allied Commander Transformation General Jean-Paul Paloméros on future challenges to the transatlantic alliance. The discussion revolved around NATO-EU relations, the NATO 2014 summit agenda, and the Alliance’s future after the Afghanistan mission winds down. Participants also discussed the Alliance’s capabilities in the age of austerity, how political leadership impacts the future of the Alliance’s military capabilities, and the role of the defense industry in pooling and sharing initiatives.