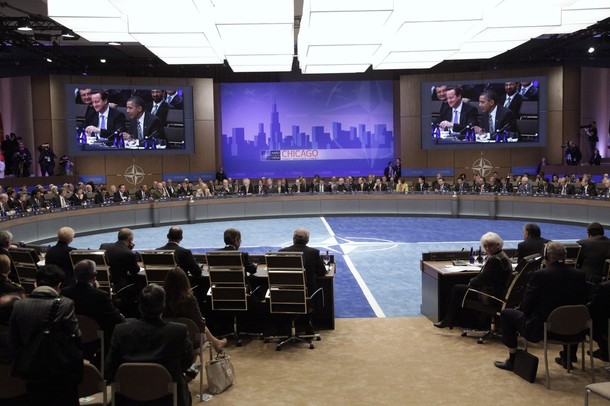 On July 20, the Atlantic Council hosted James J. Townsend Jr., Deputy Assistant Secretary of Defense for European and NATO Policy, for an ‘off-the-record’ roundtable discussion on the outcomes of the NATO May 2012 Chicago summit.

Jim Townsend briefed the Council on the major summit deliverables and shared his perspectives and insights on the way ahead for the Alliance and its future challenges. The discussion touched upon the decisions taken on the future of the ISAF mission, evolving NATO’s “smart defense” initiative into a long-term capability strategy, and the growing importance of NATO’s global partnerships.

Before taking up his current position as Deputy Assistant Secretary of Defense for European and NATO Policy, he was a Vice President and Director of the International Security Program at the Atlantic Council. Jim Townsend joined the Atlantic Council after a distinguished career at the Pentagon and at NATO.