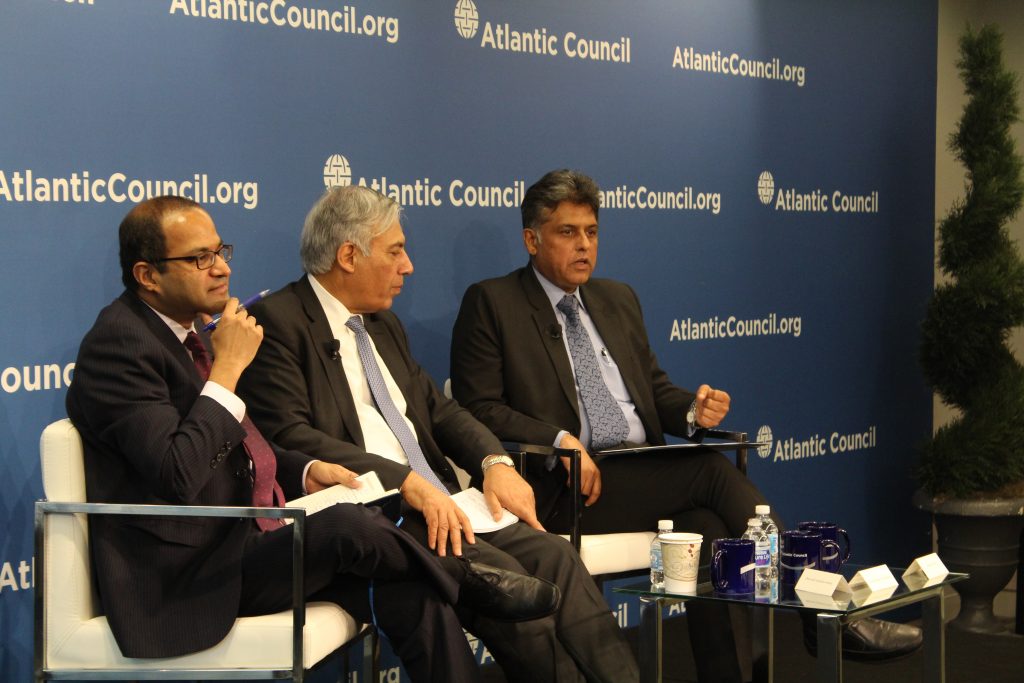 Over the last three years, there has been enormous progress reached in the areas of regional connectivity in South Asia. Given Afghanistan’s geographic status as a land bridge between Central Asia and South Asia, and a catalyst for bulk energy transfers between these regions, it is possible that it can also serve a major role in shortening multiple Internet paths in the region.

Speaking on March 1st at a discussion organized by the Atlantic Council’s South Asia Center, Dr. Mohammad H. Qayoumi, chief advisor on infrastructure to H.E. President Ashraf Ghani, argued that Afghanistan’s regional connectivity with the rest of South Asia in the last decade has been a success, and has allowed for Afghanistan to “become part of the Central Asian economic ecosystem.” These initiatives include opening air and road corridors and beginning to improve digital connectivity infrastructure in the context of a rapidly developing region.

Dr. Qayoumi said, “We started an air corridor with New Delhi that has been very successful. We are looking at expanding that to Bombay this year as well as the United Arab Emirates, Kazakhstan, Saudi Arabia and even Indonesia all who have shown interest” demonstrating the extent to which Afghanistan is on the verge of being integrated with other key global players.

Mr. Manish Tewari, distinguished senior fellow of the South Asia Center and former minister for Information and Broadcasting in the Government of India took a similar tone to connectivity initiatives in South Asia. While his was a sanguine forecast, Minister Tewari mentioned that South Asian Association of Regional Cooperation (SAARC) had not lived up to the shared vision of South Asian leadership that led to its founding. Minister Tewari went on to mention that enhanced digital connectivity measures amongst the countries of the region to move past the political bottlenecks which had constrained South Asian interconnectivity, and arrive at the consolidation of a more unified regional entity. He maintained that, “the potential of digital connectivity and physical connectivity being able to surmount political differences has been demonstrated even in the most contentious dispute in South Asia.”

One important caveat was a focus on digital initiatives occurring within and outside of the political spheres. In minister Tewari’s words, “Nations may not talk to each other but you have the Facebook lands, Twitter lands, and WhatsApp lands where connectivity absolutely is seamless even among countries which have put up barriers as high as possible.”

Minister Tewari agreed with moderator Bharath Gopalaswamy, director of the South Asia Center, that connectivity initiatives with strong Chinese involvement such as the Chabahar and Gwadar Ports served fundamentally geostrategic motives and were not comparable – in context of this it was critical that South Asia integrate holistically to avoid encirclement in the face of a resurgent China which seeks access to the Arabian Sea and surmount the Straits of Malacca. “If you couple that with the kind of things that the Chinese have been attempting to do in the Indian Ocean, the influence that they’ve been trying to exert on Sri Lanka, with the developments which they are currently playing themselves out in the Maldives, it does not go well for the region” said Minister Tewari. He added on to this point that, “therefore, the United States will have to make some hard choices. Those are the hard conversations which the United States needs to start having with itself.”