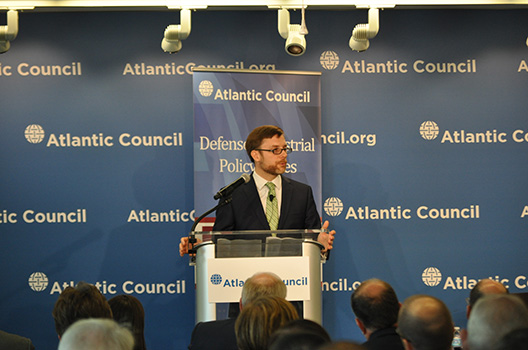 On September 17, the Atlantic Council hosted Dr. Jamie Morin, Director of Cost Assessment and Program Evaluation, for a rare public appearance at the event, “Now How Much is Enough? The Contemporary Challenge of Cost and Program Analysis at the Pentagon.” Borrowing the title of Alian Enthoven’s celebrated book on defense planning and analysis from the McNamara era, the event delved into a number of issues at the heart of the Pentagon’s recent deliberations on squaring fiscal resources and program requirements with the nation’s overall defense strategy.

In his public remarks, Dr. Morin identified, among others, three realities that shape his office’s approach to conducting analysis on resource allocation and cost estimation problems:

Despite his blunt assessment of the Pentagon’s current budgetary environment, Dr. Morin expressed optimism over the kernels of consensus he has seen emerging on resolving the political impasse over the Pentagon’s budget. He stressed that such consensus in Washington will be needed to get the maximum combat capability out of every taxpayer dollar and align the military’s capabilities with the evolving international order.