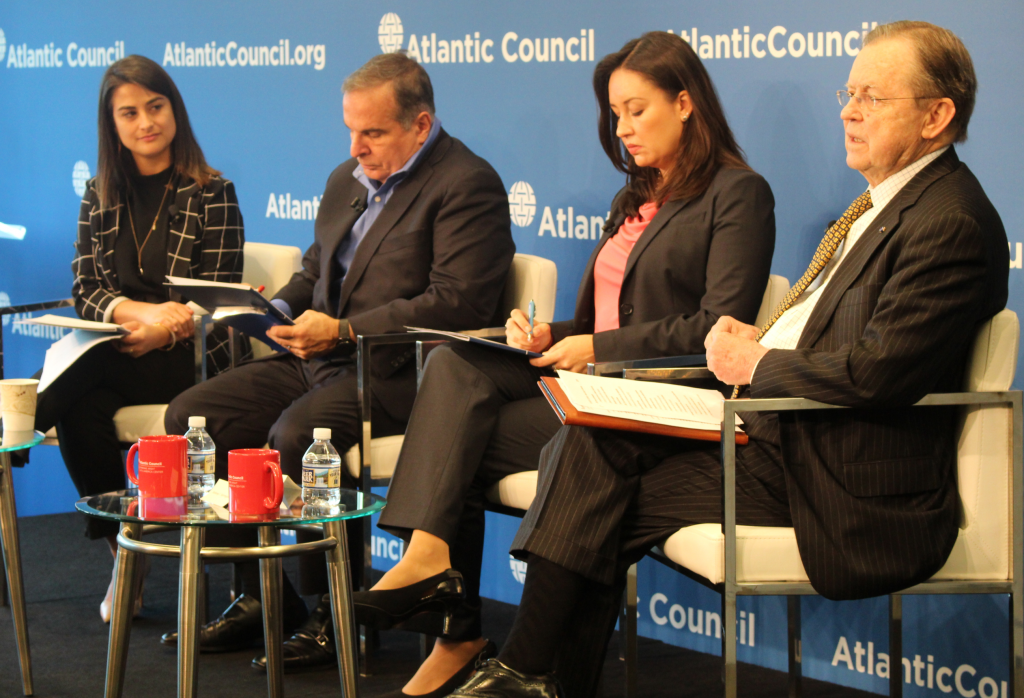 Brazil and the United States have long been allies, despite moments of tension. As President Jair Bolsonaro and his administration work to propose reforms to strengthen Brazil’s economy, the bilateral relationship will open new doors for growth and prosperity.

Corruption was considered an impediment to further trade and investment in Brazil. Amaral argues that Minister Sergio Moro’s anti-corruption measures “respond much more to civil society,” despite having a good reception by the market. Similarly, Amaral added that though the market received the pension reform with enthusiasm, “Congress will not approve [it at] the pace the market would like.” De Aragão added bureaucracy and taxes to the list of domestic reforms the government should pursue to guarantee a more prosperous environment for businesses.

The economic forecast seems promising. For de Aragão, Brazil is a much more open economy for business, assuring a potential $100 billion USD in foreign capital will enter Brazil in 2019 due to privatization, public-private partnerships, and investment. Amaral also noted the multiple announcements of public-private partnerships, highlighting that “Brazil has been historically a country that attracts a lot of investment worldwide, and the US has been historically a great investor in Brazil.” She believes, however, that the government’s economic agenda might face resistance at its current configuration, giving the example of the agricultural sector which, despite being supportive of Bolsonaro, has been affected by the government’s trade policies toward the dairy market.

In touching on opportunities for key sectors as the two countries strengthen the bilateral relationship, Harrington noted that Embraer is an example of what businesses can do in a value added, advanced manufacturing environment. For Amaral, the agricultural sector might face some challenges as the United States and Brazil debate closer economic ties amid an ongoing conversation with China, but the South America nation is prepared with subsidies comparable to the levels of Japan, the European Union, and the United States.

Ambassador Harrington considers that “there is more will on both sides [Brazil and the United States] than we have seen perhaps forever” to strengthening bilateral trade relations. Given the recent trade talks between China and the United States, Amaral warned for the possible effects to the Brazilian agricultural sector, as they include China importing $30 billion USD of soy beans, beef, and poultry from the United States, – products that China currently imports from Brazil. For Amaral, the question remaining is whether Brazil can play this trade game at this level.

In this context and emphasizing the expectations around Bolsonaro’s upcoming visit to the United States, Murillo de Aragão affirmed the primary goal of the visit will be to show that Brazil is a country ready for increased investments. Renata Amaral added that although chances of a free trade agreement between the two largest nations in the hemisphere are slim in the short term, the dialogue on the economic and trade front will deepen during the upcoming visit. President Bolsonaro is also expected to emphasize Brazil’s membership at the Organization for Economic Co-operation and Development (OECD) as a priority during his time in the United States.

Brazil is the OECD’s most active non-member. The country’s acceptance into the OECD’s Competitive Committee just last week signals that “Brazilian practice in regard to competitiveness is aligned to [that of the organization],” Amaral affirmed, and that the country is committed to domestic reforms with long-term implications to businesses and investment. The support of the United States for Brazil’s membership at the OECD would signify “an impetus for further reform, and in the long term, make […] Brazil’s economy and business community a more competitive factor in the world business stage,” added Amb. Harrington.