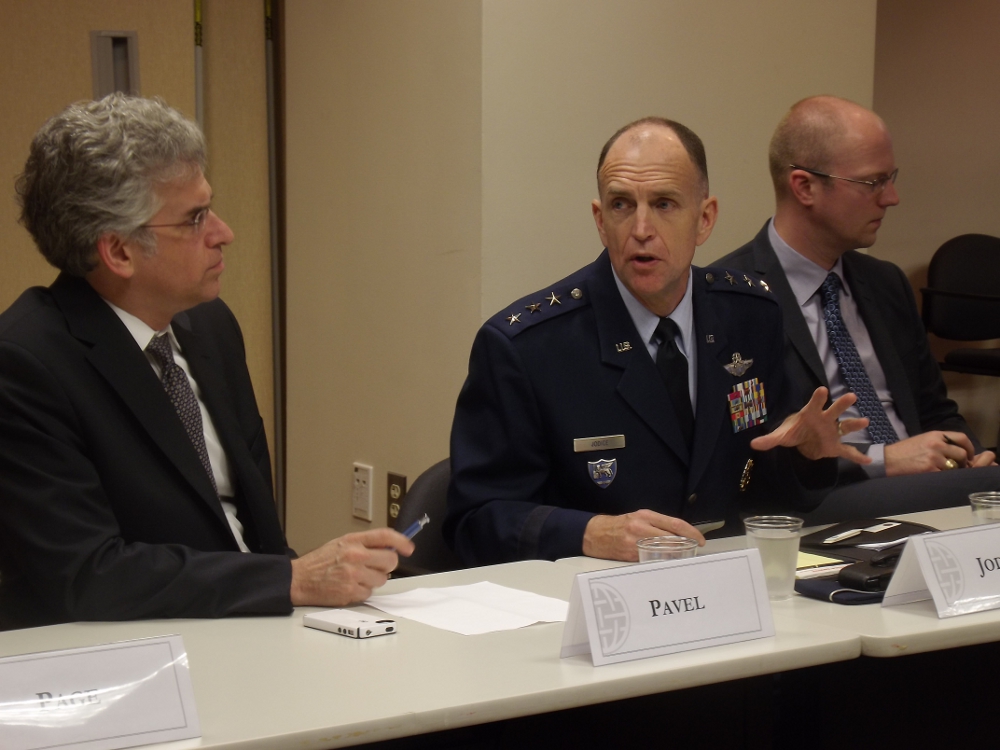 The air campaign of Operation Unified Protector was NATO’s largest since the Kosovo conflict in 1999. Drawing together over 250 aircraft from NATO and partner nations, the campaign generated over 26,000 sorties, of which close to half consisted of strike missions. The discussion focused on the air operations over Libya, the lessons learned from them, and what they mean for the future of air power, coalition operations, and how the US and its friends and allies operate in the global security environment.

Lieutenant General Jodice is a command pilot with more than 3,500 flying hours in the F-111A/E, T-38A, F-15E, and UH-1N aircraft. In previous assignments, he has served on the Joint Staff J-3, as the defense attaché at the American Embassy in Beijing, and as the assistant deputy under secretary of the Air Force for international affairs. His previous commands include the 335th Fighter Squadron and 4th Operations Group; the 80th Flying Training Wing, which conducts the Euro-NATO Joint Jet Pilot Training Program; and the Air Force District of Washington.

The Commanders Series is generously sponsored by SAAB North America.