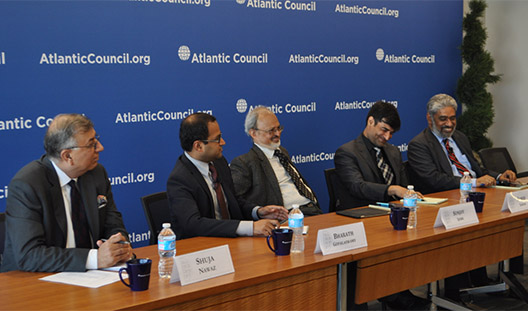 No matter the outcome of India’s marathon election on May 16, the economy will be a central concern of the incoming government in New Delhi. Speaking at a South Asia Center discussion on May 6, Observer Research Foundation’s Distinguished Fellow C. Raja Mohan, Vice President Samir Saran, and Director Sunjoy Joshi stressed various policy priorities for the new government that ultimately centered on economic issues. Saran noted unprecedented unemployment rates and a huge youth population when suggesting that a top priority for the new prime minister will be addressing unemployment concerns. Joshi agreed, citing an astounding figure: 1.2 million people are entering the workforce in India each month, requiring 50 million new jobs created each year.

Beyond domestic economic pressures, the government must evaluate its international economic relationships. Japan, Korea, and China ate “looking at a major surge in investment” in India, according to Joshi. These relationships must be nurtured, particularly as the United States and United Kingdom are increasingly moving away from infrastructure projects in the country. Joshi cites that western countries’ “biggest problem with India is regulatory policy uncertainty,” and urged the new government to restore the “sanctity of contracts” to build certainty and expand foreign investment.

However, these considerable economic priorities will hinge on the strength of the executive. “The country is demanding a strong prime minister,” Joshi asserted, “and [Narendra] Modi is the man of the moment.” Joshi urged that the government needs to reassert itself as the center of policymaking and this is actually the biggest challenge the government will face. Saran, banking on a BJP victory, suggested that the number of seats the BJP receives is crucial in evolving role of prime minister. “A Modi with more than 200 seats will be much different than a Modi with under 200 seats.”

Priorities of India’s new government will focus largely on domestic issues. Mohan suggested that despite the significance of the political transition occurring, “foreign policy for big countries does not change with every election. Foreign policy is rooted in a number of historic circumstances, geographical imperatives, and a range of other factors.” He too predicted that the new government will be a “tight ship” with a “greater exercise of authority but the prime minister.” With a view of Modi in that role, he foresees open doors and even working together with past rivals. “In relation to Pakistan, Modi is saying all the right things at this point, avoiding conflict and working together.” He also argued “the door remains open” to the Middle East and Asia for Modi.

However, all commentary on India’s future and priorities are simply based in prediction, and as the speakers argued, May 16, when the final election results are announced, will bring clarity to many of these discussions.