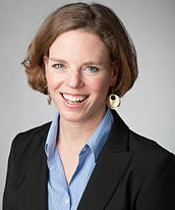 On July 9, 2013, Megan Greene, senior fellow with the Atlantic Council’s Global Business and Economics Program hosted a discussion with European Central Bank (ECB) executive board member Jörg Asmussen and Hugo Dixon, editor-at-large for Reuters News, on the critical role of the European Central Bank in fostering Europe’s economic recovery and gave a status report on progress towards the proposed banking union across the Eurozone.

Asmussen made the case that a primary issue for the economic recovery in Europe is a full, complete, and swiftly-implemented banking union. Among the most urgent reforms is the push for a Single Supervisory Mechanism (SSM) and the administration of credible stress tests across all European banks. An effective stress test would serve as an identifier of banks that are not performing to code, and would inspire market confidence if properly administered. While this will be a blow to some banks—whose capital levels were shown to be too low, the markets need to be reassured that the overall health of the European financial sector has been restored.

In order to function effectively, the proposed banking union requires the ECB to act as Europe’s single bank supervisor and have resolution authority to wind down failing financial institutions. Asmussen envisions the ECB acting a single regulatory agency that can act swiftly to resolve troubled banks, while being impartial in its decisions. Emphasizing the changing status quo in the Eurozone, Asmussen underlined that, “Bail-outs are out, bail-ins are in.” That is to say that, in the future, taxpayers will not have to foot the bill for failed banks—costs will be borne by the shareholders in the banks themselves, followed by the national governments, and finally the ESM (Europe’s combined bailout fund).

Although the progress that the European Union has made in the last 18 months to centralize its financial oversight is impressive, Asmussen warns that now is no time to rest.  Europe cannot afford a banking union that is only half-realized. Set at the current timeline, Asmussen calculates that the EU will not have all the necessary tools in place for bank resolution authority until approximately 2019. This is unacceptable given the importance of restoring faith in the European banking sector. He therefore urgently called on the European Council to act swiftly to move up all of the timelines.

In response, Dixon raised concerns for the necessity of a legitimate stress test for banks and how the shock will affect banks’ ability to raise capital. Asmussen argued that joint efforts between national regulators and the ECB operators insure legitimate reporting. He also underscored that the capital issue would be best remedied by having the banks raise funds in advance of the stress tests—so that they are deemed sufficiently strong. While there will be some growing pains, both Asmussen and Dixon agreed that the reforms implemented in recent months are significant steps in the right direction for the European banking union.

Speaking in London, Dixon and Asmussen also made a point to focus their attention to the recent debate about Britain’s place within the EU. Asmussen stressed that the best place for the UK is at the heart of Europe. Traditionally the UK fights for sound fiscal budgetary policy, is driven to promote the international competitiveness of European business, and possesses a global perspective that pushes the EU to be at the forefront of foreign policy. The UK, meanwhile, benefits from open access to the European markets, and the combined heft of the Single Market, in a time of increasing globalization.