The Abraham Accords opened the door to a myriad of opportunities for peacebuilding, tolerance, and development in the Middle East, but has been met with some degree of public opposition following decades of mistrust and hostility. Peace and stability are fragile, and the best way to build sustainable relationships between Israel and the Middle East is through tolerance-building and educational reforms initiatives.

The speakers emphasized the historical significance of the Abraham Accords and their ability to usher in new opportunities for the Middle East. Through cooperation across different sectors, such as business, technology, agriculture, and tourism, they noted that the doors opened by the Abraham Accords are endless. However, the process of bringing people together after generations of division will require making changes to how people in the region view one another.

Congressman Bradley Schneider began the discussion by acknowledging the Abraham Accords as a shift for the Middle East, a shift in cross-cultural understanding, and a shift in action. Schneider believes that to create permanent peace, the Abraham Accords must go beyond political and economic cooperation and create people-to-people understanding, starting with interaction through education. Similarly, Congresswoman Cathy McMorris Rodgers emphasized the work of the Caucus as a bipartisan endeavor and reaffirmed US commitment to tolerance and peacebuilding in the Middle East, as well as the importance of preserving peace through education and generational change.

Both Schneider and Rodgers dove into the Caucus’ agenda for this year. Congressman Schneider asserted that the most important thing they can do at this moment is developing education opportunities; first, involving other members of Congress and building upon their experiences in the Middle East and, second, deepening relationships between normalizing countries and encouraging others to join the Abraham Accords. Congresswoman Rodgers added that pursuing public and private partnerships and encouraging different sectors to join the opportunities granted by the Abraham Accords will further build upon the success of the Accords.

When addressing how Egypt and Jordan fit into the wider dynamic of normalization and the work of the Caucus, Congressman Schneider emphasized the historical significance of the Camp David Accords and how public opinion and the assassination of Anwar Sadat, following the signing of those accords, showed the divisiveness of the Israeli-Arab peace process. Schneider asserted that the Abraham Accords are a bridge rather than a bypass and that no one should be left behind, as the Accords have generated great economic dividends for normalizing countries. Congresswoman Rodgers asserted the importance of continuing to develop ties with Jordan and Egypt, as their historical efforts paved the way for the creation of the Abraham Accords.

In regard to the best ways to bring the Palestinians into the Abraham Accords, McMorris Rodgers mentioned that the Palestinian Authority will see the benefits of the Abraham Accords through bottom-up economic relationships, such as public or private industry, energy, healthcare, tourism, and agriculture. These partnerships would generate a bright future for the Palestinian people and be a foundation for peace and security. Schneider agreed, mentioning that there should be a balance of short- and long-term goals, building trust, shrinking conflict, and improving the lives of Palestinians in the short-term and bringing in the Palestinian Authority over the long-term. Ignoring any one group when creating sustainable peace would not be a successful nor a sustainable strategy.

Marcus Sheff began the discussion looking at the purpose of textbook reform. Education in schools is key to fostering peace; however, it can also be used to breed hatred. Textbooks are uniquely authoritative and they inform the actions of any one generation, and IMPACT-se closely examines all textbooks given to students in the Middle East. Through comparative analysis and drawing trend conclusions between books, they’re able to create policy recommendations for educational reforms and a basis for new curriculum.

H.E. Ali Rashid Al Nuaimi discussed how tolerance promotion through education reform in the UAE has changed since the signing of the Accords. He reminded the panel that promoting co-existence and tolerance in the UAE started thirty years ago, but since the signing of the Accords, the UAE has made a huge investment in education reform to promote co-existence. H.E. Al Nuaimi emphasized the important role that teachers play in promoting values within the classroom and stressed that tolerance promotion is not a political decision, but rather creates a foundation for peace through engagement with the new generation.

El Mehdi Boudra noted the unique perspective in Morocco, where diversity is seen as a resource. The Abraham Accords were not enacted for the sake of a political agenda, but to highlight the Jewish component of Moroccan identity. Since then, the Accords have had a positive impact on Moroccan society; a perception survey done by the Mimouna Association showed that 92% of Moroccans are optimistic about normalization. H.E. Al Nuaimi built upon this, noting that the UAE is part of a very conservative region, but has come a long way in combatting narratives of hate, especially within schools.

Moving forward, it is necessary to engage all stakeholders to continue to influence public perceptions. Respect and acceptance are inherent to education in the UAE. Mr. Sheff confirmed the uneven trends in regional reform efforts, highlighting, for example, that textbooks in Houthi-backed Yemeni territory encourage a concerning amount of violence and hatred. A new curriculum would entail critical thinking exercises and have students engage with tolerance and the benefits of co-existence and peacebuilding strategies.

Regarding the push for tolerance in education, full engagement should involve the media, religious leaders, and public and private institutions as mechanisms for reform. Boudra argued that reform should not be restricted to the institutional level and that grassroots movements and civil societies will bring in new initiatives and innovative strategies to education. Sheff asserted that teaching peace will create relationships that transcend the economic and that there should be no dissonance between the actions of government and what is being taught in schools. If normalization is a national strategy, then it should also be taught in schools.

H.E. Al Nuaimi mentioned that the people in the region have also changed and that most people are in support of peace and stability. By creating an axis between teachers, principals, and parents and bringing them into the educational reform process, it is more likely to be accepted by the public and create substantial long-term reform. Boudra added that students must also be included, as they will continue the path of peacebuilding and tolerance promotion.

To conclude, all panelists agreed that there must be institutional engagement, synergy between government and civil society, and extensive textbook reform to create the blueprint for building a more peaceful and more tolerant Middle East and to maintain the momentum started by the Abraham Accords. 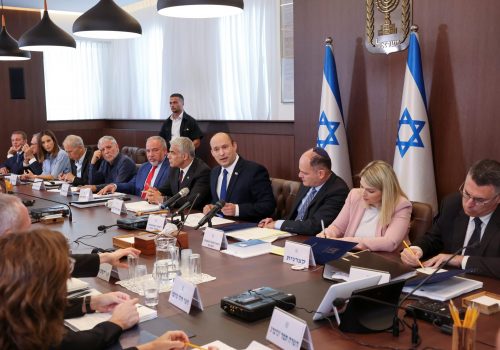 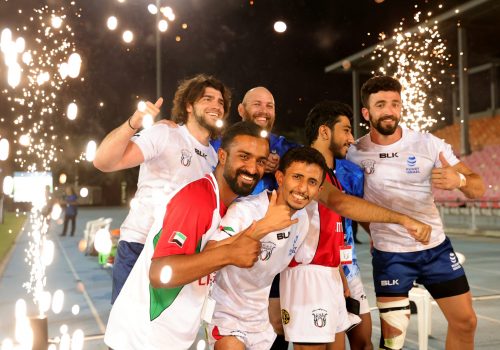 In the past year, many have written on the normalization of relations between Israel and Arab states, focusing on economic interests and emphasizing shared security interests in the region. Case studies, however, indicate that relations between countries are improved when they encompass aspects related to the lives of citizens. Incorporating an element of cultural affinity […] 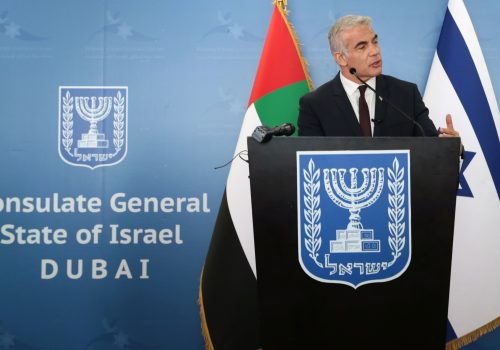