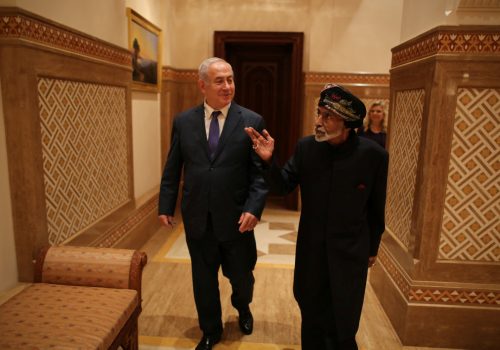 Ferziger in Bloomberg Businessweek: How Do Israel’s Tech Firms Do Business in Saudi Arabia? Very Quietly

Ferziger in Circuit News: UAE-Israel cyber intelligence firm grows with its perch in the Gulf

Jonathan H. Ferziger is a nonresident senior fellow in the Atlantic Council’s Middle East programs. Ferziger is a veteran foreign correspondent, who reported for Bloomberg News and United Press International from postings in Israel, the Persian Gulf and Southeast Asia.

Based in Jerusalem, Ferziger served for two decades as the senior political reporter for Bloomberg on Israeli and Palestinian affairs. Earlier he worked for UPI, reporting on the 1991 Gulf War from Saudi Arabia, leading coverage of the Oslo peace accords as Jerusalem bureau chief and serving in Hong Kong as Asia regional editor during the territory’s handover from British to Chinese rule. He was also a foreign desk editor in Washington and covered the New York State Legislature for three years in Albany.

Born in Brooklyn, New York, Ferziger earned a BA in English literature at Binghamton University and an MA from the Columbia Journalism School. He studied at Harvard University in 1996 on a Nieman Fellowship and won the 2017 Robert St. John Prize in Objective Middle East Reporting from Israel’s Ben-Gurion University of the Negev. He is married with two grown children.

The Atlantic Council IN TURKEY hosts a discussion on the future of Turkey-Israel relations in the context of a regional landscape in flux.