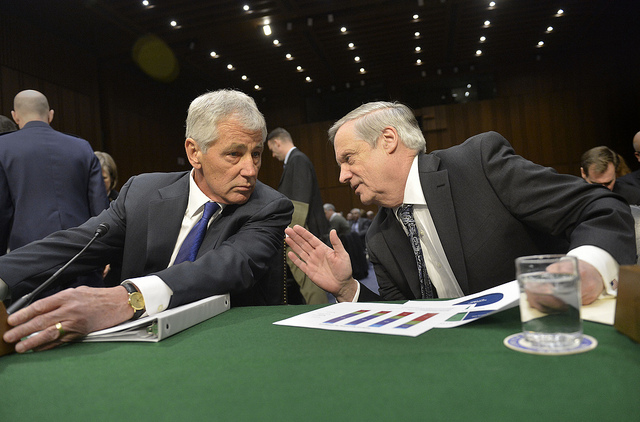 The release of the 2014 quadrennial defense review (QDR) marks a crucial point in which the US Department of Defense reassesses its current capabilities and whether or not the United States is sufficiently prepared for the pressing security challenges posed by the world of the future. On Tuesday, March 04, 2014, Vice President and Director of the Brent Scowcroft Center on International Security Barry Pavel and Steven Grundman, M.A. and George Lund fellow for emerging defense challenges at the Scowcroft Center, shared their thoughts on how this QDR shines and falters in grasping the magnitude of a rapidly changing global security landscape.

As it stands, the QDR is well suited for the large, complex bureaucracy of the United States with its detailed budget and nods to the roles of state actors in maintaining global security. Unfortunately, it falls short on the details of how to lower defense spending and how to deter blatant threats to allies from aggressive state and nonstate actors. Furthermore, as we keep a close eye on Russia and the Ukraine, it is evident that should the situation escalate, this QDR and its alignment with the “pivot to Asia” will have to be entirely rethought.

The United States has ambitious global responsibilities and goals it wants to meet but limited resources as troops are reduced and budgets slashed. Alarmingly, it is unclear, from reading the QDR, whether or not the United States is sufficiently prepared or appropriately investing in the technologies necessary for a more secure future. All in all, though the QDR accurately portrays the status quo of US defense, it is unable to assess and recommend the means for making defense more nimble and proactive for a future of dynamic security challenges.