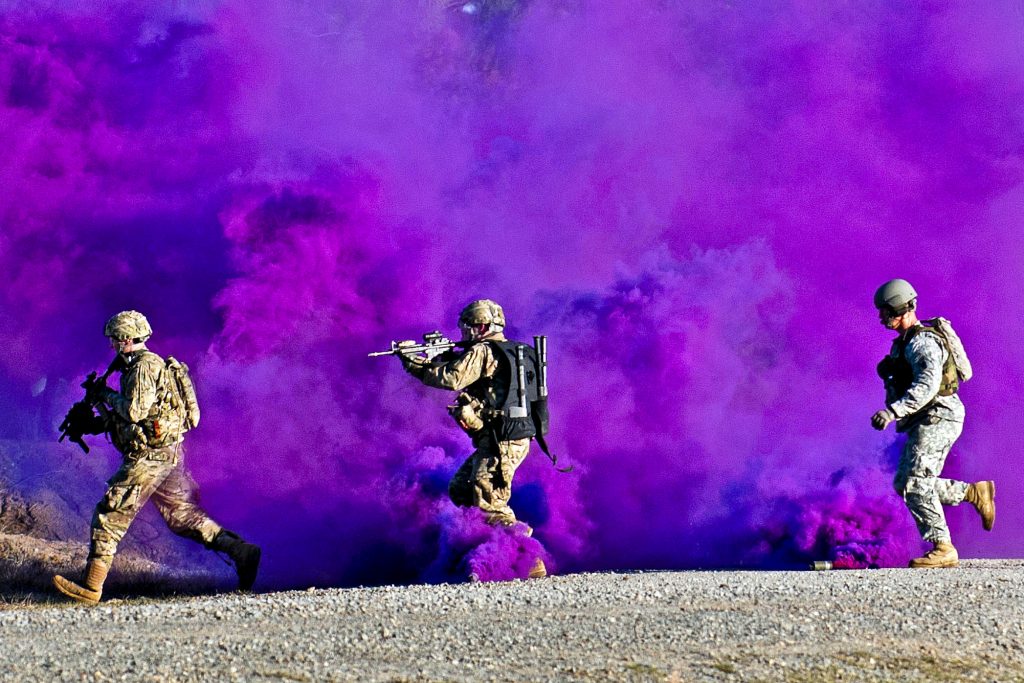 On Monday, May 10, the Scowcroft Center’s Forward Defense (FD) practice area hosted the Acting Secretary of the Army the Honorable John E. Whitley and the Chief of Staff of the Army General James C. McConville for an event on “Advancing Army Priorities for the Future of Warfare.” This discussion is the latest installment of FD’s Commanders Series, the Council’s flagship speakers’ forum for senior military and defense leaders. Furthering FD’s mission to create forward-looking assessments of the trends, technologies, and concepts that will define the future of warfare, this event explored how the US Army is preparing to compete with new competitors and face emerging security challenges.

Atlantic Council Board Director and Saab’s Head of Strategic Partnerships and International Affairs Michael Andersson kicked off the event, reminiscing on the impression GEN McConville left at his last Commanders Series engagement. Mr. Andersson recalled GEN McConville bringing an old rotary phone to emphasize that innovation requires transformational action. Atlantic Council President and CEO Frederick Kempe fast forwarded as he introduced the distinguished speakers, seeing the future as “so particularly important for the US Army as we navigate a major and historic inflection point in the way the great powers compete.” After posing critical questions on force posture and priorities, Mr. Kempe welcomed Dr. Whitley and GEN McConville, who brought the conversation back to the present.

Advancing Army priorities for the future of warfare: A conversation with the Acting Secretary and the Chief of Staff of the Army

Acting Secretary of the Army HON John E. Whitley and Chief of Staff of the Army GEN James C. McConville discuss the US Army’s priorities and posture in light of emerging security threats and a potentially difficult budget as a part of Forward Defense’s Commanders Series events.

In their keynote remarks, Dr. Whitley and GEN McConville recognized the past year as an extremely dynamic year, with both men being proud of the Army’s role in responding to a multitude of challenges. Dr. Whitley emphasized the Army’s responsibility in rolling out the Covid-19 vaccine, assisting authorities in responding to civil unrest, defending the US Capitol, and responding to Southwest border crises, all while maintaining a formidable presence abroad. In progressing a ready and modernized Army for the next fight, Dr. Whitley stated that the US Army requires “consistent, sustained, and predictable funding.” GEN McConville similarly recognized that the Army is awaiting a budget which will demand trade-offs among ideal end-strength and structure, readiness, and modernization levels. While resources will likely remain tight, GEN McConville agreed that the Army sits at an “inflection point” which will require the service to make its largest transformation in four decades.

The Wall Street Journal National Security Correspondent Nancy A. Youssef joined both speakers to discuss the force’s organizational priorities and force structure. First, they considered the Army’s top priorities: personnel and modernization. GEN McConville expressed that “people are [the Army’s] greatest strength and … most important weapon system.” By making people the top priority, the Army competes for the brightest talent, plants resources in the right places (i.e., benefits, deployment preferences), and addresses harmful behaviors among soldiers (i.e., sexual assault, extremism). Dr. Whitley underscored GEN McConville’s thoughts, explaining that sister services discuss “manning the equipment,” whereas the US Army is all about “equipping the man.” For example, the Army embeds soldiers throughout the acquisition process to ensure they are engrained in the problem-solving process. However, people will not be the sole consideration as the Army enters posture season. In response to an audience question on end-strength, GEN McConville noted that final end-strength will “be driven by resources and by how much risk the Department is willing to take.” Moving from personnel to machines, Dr. Whitley mentioned that the Army has reallocated over $30 billion towards modernization over the past three budget cycles.

The topic of conversation then panned out from the Pentagon to encapsulate the Army’s presence abroad. Dr. Whitley first asserted that the Army would be a part of conflict solution in any and every theater. Namely in the Indo-Pacific, Dr. Whitley and GEN McConville agreed that the Army plays a major role in fostering synergies with allies and partners. According to Dr. Whitley, partners do not want an either-or choice between neighboring China and the United States. Rather, they want scalable, capacity-building relationships with long-term investment which would, in turn, assist the United States in preparing for future scenarios of all-domain kinetic conflict. GEN McConville understands that the United States and its allies can find common ground when it comes to their central objective: A free and open Indo-Pacific.

Ms. Youssef concluded the discussion again looking forward, asking the two speakers to consider which near-future threats the US Army must begin more closely examining today. Dr. Whitley stated that Afghanistan remains the largest question mark as the Army determines the fate of assets left in the Middle East. Yet, while the Army must still consider the Middle East a key focus area, threats similar to those seen in Afghanistan can occur all across the globe. In GEN McConville’s view, no one knows what the future holds and, “for those who think they know, history will probably say they do not.”

You can watch this event on “Advancing Army Priorities for the Future of Warfare: A Conversation with the Acting Secretary and the Chief of Staff of the Army” here or below. For more information about the Atlantic Council’s Forward Defense practice or to read our latest reports, op-eds, and analyses, please visit the website here. You can also sign up for updates from Forward Defense on the latest trends, technologies, and military challenges shaping tomorrow.