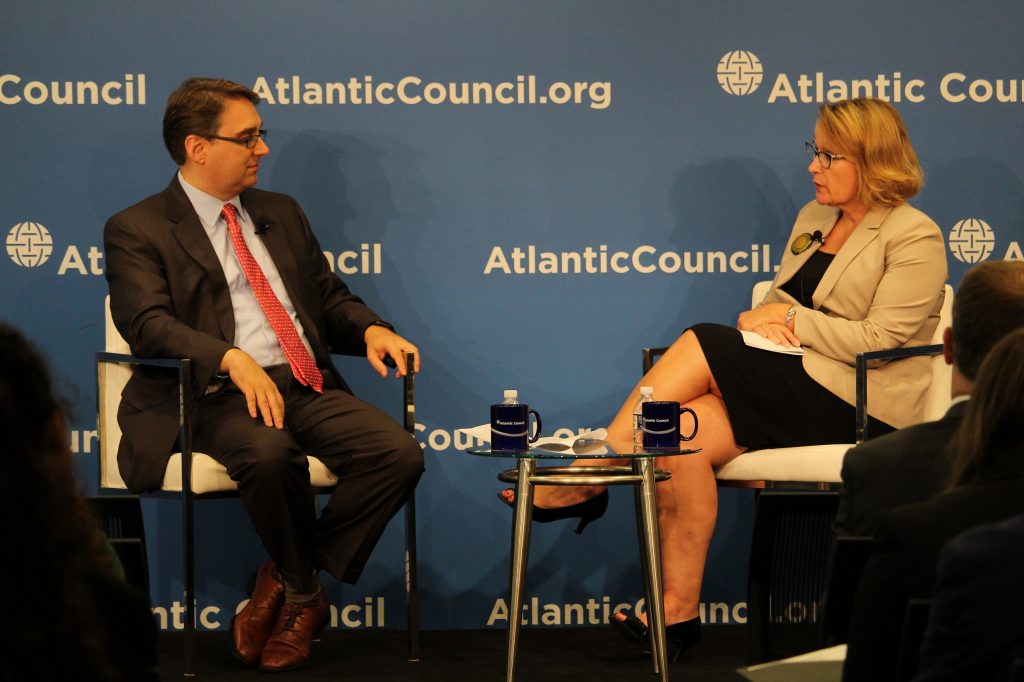 William Wechsler and Amb. Joan Polaschik have a discussion about the MENA Region and take questions from the audience.

On Tuesday, October 9th, the Atlantic Council’s Rafik Hariri Center for the Middle East held a conference to discuss the nature of foreign involvement in ongoing conflicts in the region as well as the resilience of Jihadism in the post-2011 period. The conference coincided with the launching of a report, “The Arc of Crisis in the MENA Region: Fragmentation, Decentralization, and Islamist Opposition,” which explores a number of trends in governance that have emerged since the Arab Spring.

Atlantic Council President and CEO, Frederick Kempe, kicked off the conference with opening remarks, followed by the President of the Italian think tank the Institute for International Political Studies (ISPI), Ambassador Giampiero Massolo, and the Ambassador of Italy to the US, His Excellency Armando Varricchio.

Panel I: The Struggle for Regional Hegemony: A Great Powers Game

Panel II: The Islamic State, al Qaeda, and the Resilience of Jihadism

Finally, the conference closed with a keynote address by Ambassador Joan Polaschik, Acting Principal Deputy Assistant Secretary of the Bureau of Near East Affairs at the US Department of State, followed by a moderated discussion with William Wechsler, Senior Advisory for Middle East Programs at the Atlantic Council.