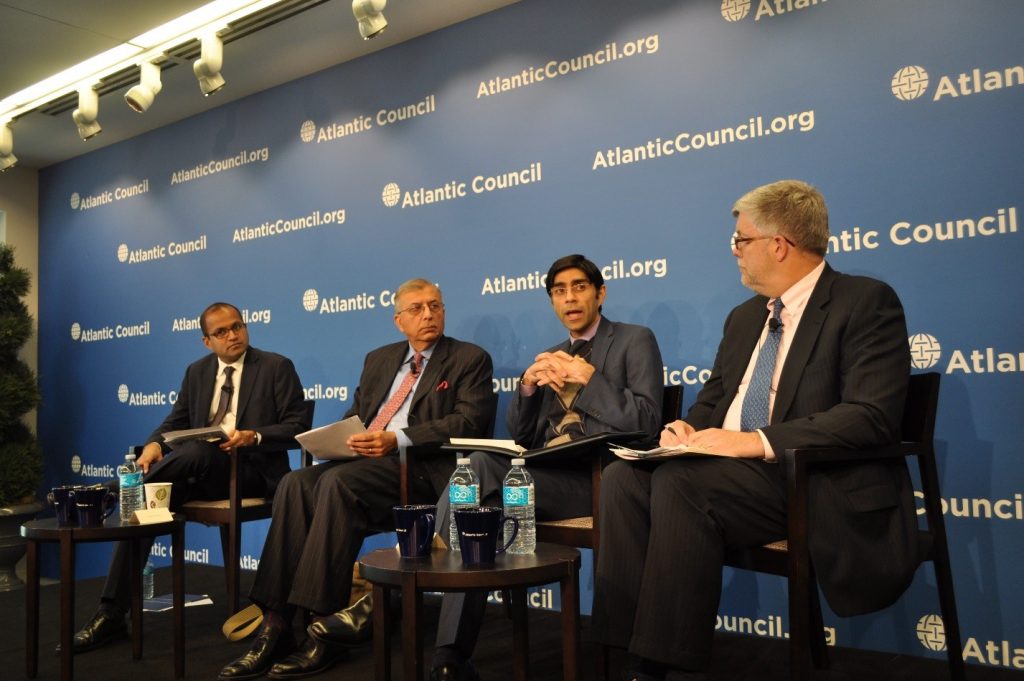 On November 15th, the South Asia Center held a conversation on Pakistan’s National Action Plan (NAP), a document that specifies the government’s recommendations for counter-terrorism efforts. Mr. Shuja Nawaz, a Distinguished Fellow at the Atlantic Council, discussed his recent publication, “Countering Militancy and Terrorism in Pakistan: The Civil-Military Nexus,” which analyzes the relationship between Pakistan’s civil society and military in the context of the Apex Committees at the provincial level. Joining Mr. Shuja Nawaz on the panel were Dr. Moeed Yusuf, Associate Vice President, United States Institute of Peace and Dr. Thomas F. Lynch III, Distinguished Research Fellow, National Defense University. The panelists concurred that while the NAP is a commendable foundational document, it should pair down and focus on a core set of actionable objectives. The panelists also cautioned that limited resources may prevent the successful execution of all components of the NAP.