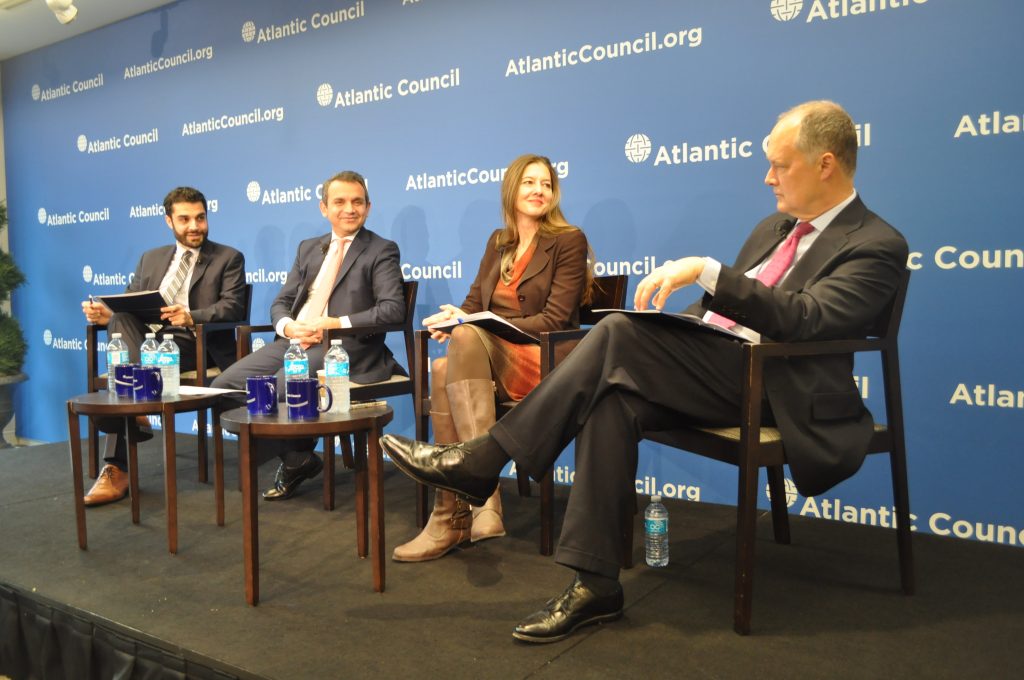 On November 8th, 2017, the South Asia Center at the Atlantic Council hosted a panel discussion with Mr. Javid Ahmad, Mr. Ahmad Nader Nadery, Dr. Vanda Felbab Brown and Ambassador James Cunningham on the civilian elements of the new U.S. strategy for Afghanistan, including the reform process, internal politics, economics, and how the Afghan government plans to deliver on its pledges.

As part of its ambitious reform and self-reliance agenda, the Afghan government has made considerable progress towards improving the capacity of civilian management, leadership, human resources, as well as in addressing formal corruption. This panel sought to address the key challenges and prospective solutions. The discussion was moderated by Mr. Javid Ahmad.