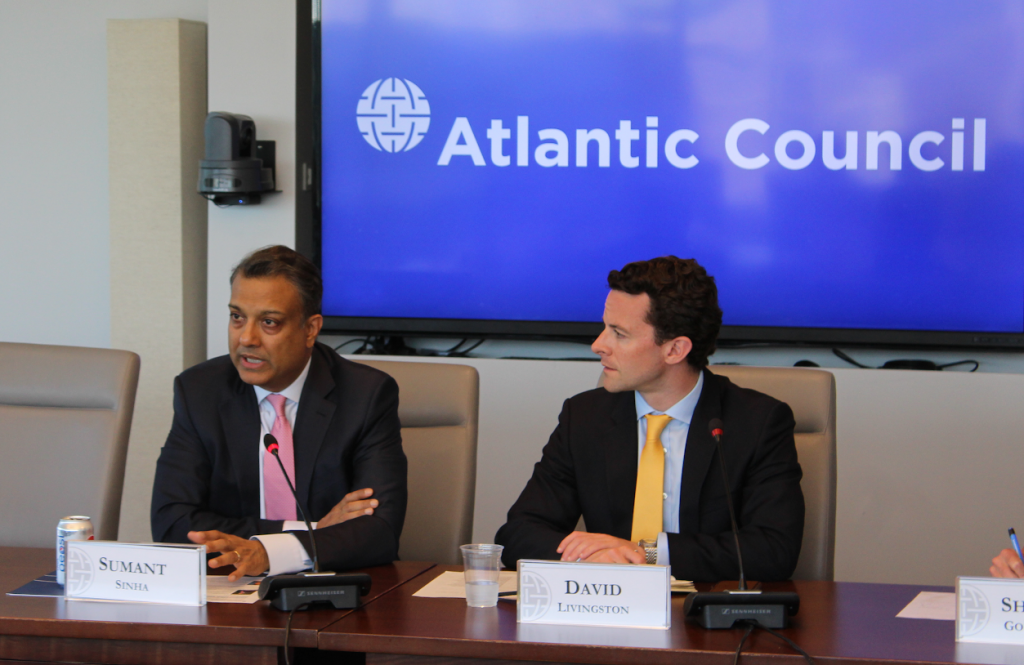 (L to R) Sumant Sinha and David Livingston at the Atlantoc Council.

On July 10th, The Atlantic Council’s Global Energy Center and South Asia Center welcomed Sumant Sinha, chairman and managing director of Renew Power, India’s largest solar and wind energy company, for a discussion on the future of Indian renewables. Sinha started his career in investment banking in the United States and United Kingdom, before returning to India to hold senior leadership positions at a multitude of renewable energy companies. David Livingston, deputy director of climate and advanced energy for the Global Energy Center, introduced and moderated the roundtable.

Before opening the conversation to roundtable participants, Sinha provided a comprehensive overview of India’s current energy mix and developments, offering an optimistic view on the future of clean energy on the sub-continent. The Indian government has announced ambitious renewable energy targets of 175 gigawatts by 2022, with the country witnessing substantial progress in meeting those goals. Despite India’s abundance of cheap domestic coal solar energy continues to compete with solid fuels on the national energy market. This—combined with the high cost of liquefied natural gas (LNG)—has led to a nationwide focus on solar technology in India. Sinha affirmed that the country would see a primarily renewable energy grid in the coming decades, with improvements in battery storage technology expected to only further increase solar’s market competitiveness.