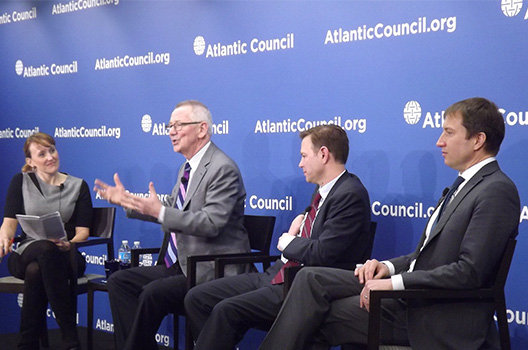 As the Paris Conference of the Parties (COP) in December 2015 approaches, the challenge of balancing climate, economic and energy goals is strikingly clear. At the global level, the debate between developed and lesser developed countries (LDCs) as to which nations should make the largest reductions, and at what level of commitment, will shape the success or failure at the Paris COP. The national plans developed by influential nations like the United States and China will shape the reaction of the European Union and developing countries.

On January 27 the Atlantic Council’s Global Energy Center hosted the inaugural event of its Climate Change Series with a panel discussion on these critical issues. This panel sought to address these complex dynamics, assessed the commitments already announced by the United States and China and looked at the likely impacts on the commitments that are yet to come from the European Union and the LDCs.