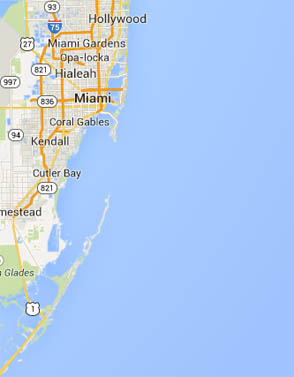 Miami, long considered the stomping ground of the hard-line, pro-embargo community has undergone a dramatic shift in demographics. 64% of Miami-Dade county now favors normalization with Cuba. There remains, however, a collection of people who adamantly support current US policy and who find the new Atlantic Council poll an affront to their long-held beliefs. This viewpoint was expressed by José Azel, a Cuban-American and professor at the University of Miami, at a panel discussion on the poll in Miami on Wednesday, February 19. Azel objected to the idea that the United States would change its Cuba policy unconditionally and without demanding change from the Cuban government in return. Carlos Saladrigas, also a Cuban-American and member of the Cuba Study Group, countered that “conditionality puts US policy in the hands of the Cuban government.”

Florida International University professors Dario Moreno and Guillermo Grenier joined the panel to discuss the Adrienne Arsht Latin America Center’s recent Cuba poll. Dr. Moreno has conducted polling for Senator Marco Rubio and Dr. Grenier is one of the lead pollsters on the FIU poll of Cuban-Americans in Miami-Dade county conducted every two years. Those unhappy with the poll’s results have attacked its methodology, calling into question the way it was conducted. Both FIU professors defended the approach, describing the value of positive and negative messaging and the important implications of the overall results.

Mr. Saladrigas ended the discussion by noting that there is increasing support for normalization within the Cuban-American community, but many of these people feel that they will be called traitors should they openly advocate for a change in policy. The results of this poll, he said, give this community backing to more openly discuss this viewpoint.