As we are witnessing in the ongoing Russian war in Ukraine, conflict disproportionately impacts women and girls. By early June, the United Nations High Commissioner for Human Rights had received reports of more than 120 alleged instances of sexual violence committed by Russian troops.

Gender-based brutality in conflict is not new: Sexual violence has been used as a weapon of war for centuries. In 2000, United Nations (UN) Security Council Resolution 1325 mandated an increase in women’s participation and gender perspectives in all UN peace and security efforts. NATO also launched its Women, Peace, and Security (WPS) agenda. However, Russia’s unprovoked war on Ukraine underscores how much more the Alliance needs to do to ensure that gender perspectives are incorporated in all core tasks, policies, and practices at a time when hard security concerns can overshadow other priorities.

That recognition was at the heart of a public conversation on “Gender and Strategic Competition” held by the Atlantic Council’s Transatlantic Security Initiative and Our Secure Future on July 15. “I don’t see any other way of looking at the current strategic challenges if we do not include gender perspectives,” said Irene Fellin, NATO special representative for WPS. Fellin asserted that military policies must account for the impact of conflict on women and girls. “There can be no security if we do not look at the entire spectrum of the population,” Fellin said.

H.E. Dame Karen Pierce, DCMG, British ambassador to the United States, argued that employing a gender lens in looking at strategic competition is vital for sustainable success in conflict prevention. “When rape was used as a weapon of war in Bosnia, I remember that the [then] British prime minister sent someone to investigate,” Pierce said.

At that time, the Bosnian War was one of the few conflicts since World War II in which sexual violence was investigated as a war crime, even though instances of rape and sexual assault had been reported in most other conflicts too. Yet, today, Russian troops are using the same tactics in Ukraine—a strategy Soviet soldiers are also known to have employed during their invasion of Afghanistan. Alluding to the Bucha massacre, Fellin added that NATO needs to “change its approach and focus on prevention” of sexual violence in conflict rather than simply acknowledging that it occurs. To that end, utilizing the WPS agenda in NATO’s strategies is critical.
Pierce also referred to the economic implications of incorporating women and gender concerns into security planning. “Fundamentally, if you don’t empower half of your population, you are not going to thrive as a country,” she said. Case studies have demonstrated that involving women in peace processes contributes to sustainable peace agreements.

NATO can use its place as a standard-bearer of multilateral security cooperation to also lead by example in embedding gender perspectives into its policies and strategies, the speakers suggested. One way to do that could be to consult more with women in civil society, Fellin said.

Oftentimes, high-level meetings at the NATO or the UN are distant from the general population of a country. That needs to change in order to truly account for women’s perspectives that are reflective of entire populations, according to the speakers. When asked about how the Alliance and individual member states should implement the concepts from the WPS agenda into their core tasks, Fellin remarked that “security [policies] start at home… what we bring abroad is a reflection of our values [and we have to show others that we value gender perspectives in our security policies].” As NATO looks to translate its new Strategic Concept into action, it would be imperative to include gender perspectives to foster sustainable policies.

What does a modern Women, Peace, and Security agenda look like and how does it fit into an evolving strategic environment defined by great power competition?

Alvina Ahmed is a project assistant with the Atlantic Council’s Transatlantic Security Initiative, part of the Scowcroft Center for Strategy and Security. 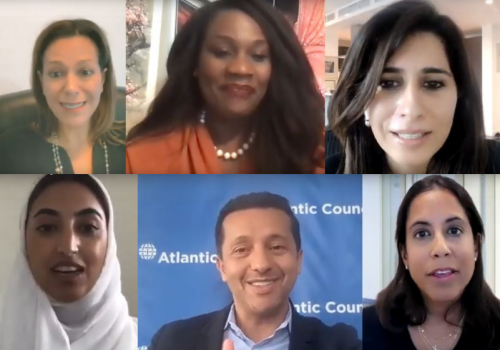 ‘Investing in women is just good business’: Ways to increase funding for women-led ventures in the Middle East

On September 14, 2021 the Atlantic Council’s empowerME Initiative held a workshop on “Venture Capital Financing: How to Increase Funding for Women-led Ventures." 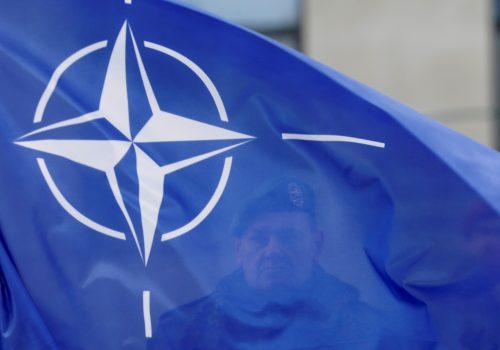 As an alliance, NATO plays an important role in advancing equity within foreign policy. When NATO foreign ministers meet later in March, they should take the natural next steps toward adopting a feminist foreign policy.