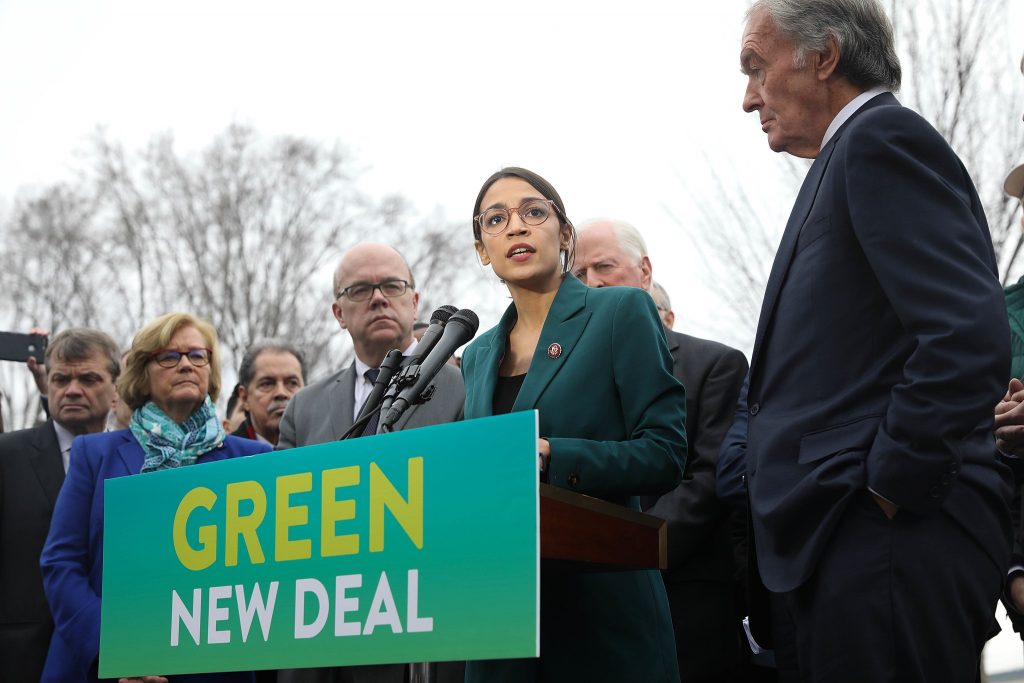 The last major energy legislation the United States passed was back in 2007, when President George W. Bush signed the Energy Independence and Security Act, better known for establishing the renewable fuels standard. In 2009, renewable energy and energy efficiency received a game-changing boost through the economic stimulus package, or American Recovery and Reinvestment Act, which established critical tax credits both for industry and consumers, as well as providing much-needed R&D budgets.

In the decade since, the energy landscape has changed dramatically and scientific consensus—both globally and among US federal agencies—has hardened around the realities of climate change impacts and the timeline for reducing emissions. But since 2009, nary a piece of congressional legislation to help guide US energy sectors or investment dollars—aside from piecemeal tax credits—has passed.

If the United States is to buck this lengthy drought and pass an energy bill, this year’s respite before the 2020 presidential contest is the best opportunity for both Democrats and Republicans to secure a piece of legislation that will allow both parties to claim some victory.

A convergence of years of sustained climate and clean energy activism, as well as rising awareness of the urgency of climate change among the general public, has helped catalyze a long-overdue conversation in the halls of Congress over energy policy. But the true spark for the many policy ideas proliferating on both sides of the aisle today is the Green New Deal.

The Green New Deal resolution, championed by Senator Ed Markey (D-MA) and Representative Alexandria Ocasio-Cortez (D-NY-14), acknowledges the United States’ unique responsibility to meet the emissions goals set forth by the Paris Agreement and recent Intergovernmental Panel on Climate Change (IPCC) report to achieve net-zero global emissions by 2050. The resolution goes further, faster, however. It calls for ten years—or a 2030 deadline—to transition the United States to 100 percent “clean, renewable, and zero-emission energy sources,” among other measures, and also incorporates lofty progressive economic and social policies as part of the overall platform.

Although popular among progressives and endorsed by a few Democratic presidential candidates, this idea has fomented intense opposition from conservative Republicans decrying it as a socialist mandate and even among more centrist Democrats who would prefer narrower, climate-focused legislation.

Indeed, the US Congress is now fertile ground for energy ideas with Senators Lisa Murkowski (R-AK), Lamar Alexander (R-TN) and Tom Udall (D-NM) all discussing energy policy visions of late. Even in the notoriously partisan House, Representative Matt Gaetz (R-FL-01) has offered his own counterpoint to the Green New Deal—a “Green Real Deal.”

So where do the parties align? When political rhetoric is cast aside, one can find shockingly vast common ground.

First, there is marked consensus around supporting the development of nuclear energy, particularly advanced nuclear reactors. Nuclear energy remains the cleanest workhorse of the grid, providing one-fifth of US electricity, but 60 percent of its zero-carbon energy. Senators Murkowski and Cory Booker (D-NJ) recently introduced the Nuclear Energy Leadership Act to encourage the development of advanced nuclear technologies and align the federal government, national laboratories, and private sector in doing so. Rep. Gaetz and other House members also support easing regulations around nuclear energy. And nuclear modernization has the backing of President Trump, who signed the Nuclear Energy Innovation and Modernization Act into law earlier this year.

Second, both Republican and Democratic proposals coalesce around grid infrastructure improvements. The Green New Deal and the Green Real Deal both promote grid modernization and distributed generation; Rep. Gaetz even goes so far as to endorse net metering, generally supported by center-left advocates as a way to promote rooftop solar deployment. Senator Murkowski has always championed grid infrastructure improvements and recently held a hearing on grid cybersecurity and resilience.

Carbon capture is a possible third point of compromise. Republicans are known to champion carbon capture, but a generous reading of the Green New Deal indicates progressives are also getting serious about carbon capture and sequestration, based on the proposal’s focus on “eliminating and removing pollution and greenhouse gas emissions from manufacturing and industry as much as is technologically feasible.” And a truly bipartisan group of a dozen senators, including oft-opposed Senators Sheldon Whitehouse (D-RI) and John Barrasso (R-WY), recently signed a letter to the US Department of Energy urging support for carbon capture, utilization and storage (CCUS) technologies in partnership with the private sector.

Finally, support for R&D and deployment of technological fixes like efficiency upgrades (particularly on new and existing buildings), electric vehicle infrastructure, and battery storage remain popular talking points on both sides of the aisle.

So, although the hyper-partisan nature of the current Congress may preclude sweeping energy policies like a carbon tax or renewable energy standard, or even the Green New Deal, there are multiple opportunities for sensible, emissions-reducing policies to become law. Ironically, the greatest power of the Green New Deal may not lie in the plan itself, but in how it has caused a dozen other policy proposals to seed themselves in contrast. Hopefully some will take root.

Debra Greenspan is a Women Leaders in Energy fellow with the Atlantic Council Global Energy Center and a vice president at The Glover Park Group (GPG). You can follow her on Twitter @debgreenspan