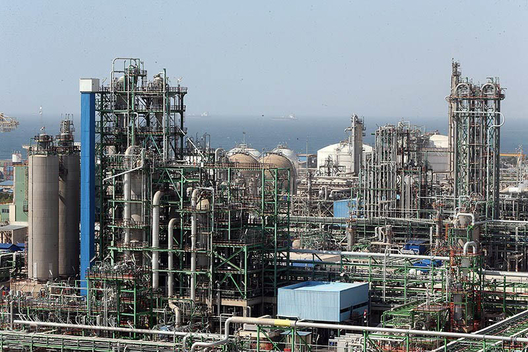 Following the lifting of international sanctions in January 2016, there was a great deal of optimism for Iran’s oil economy. Even though the global oil industry was a year into a price collapse, many companies were eager to explore investment opportunities in Iran’s neglected oil and gas assets. The National Iranian Oil Company (NIOC) and Iran’s oil ministry were also enthusiastic about revitalizing Iran’s oil and gas fields and bringing new discoveries online with the help of foreign investment and expertise.

However, in the nearly two and half years between the end of international sanctions and President Trump’s May 2018 decision to reinstate US sanctions, Iran accomplished very little in terms of revitalizing its oil industry. In the early months that followed the lifting of sanctions, Iran’s oil industry appeared to make a strong return to the global market. Although Iran’s initial production and export numbers seemed to paint a picture of a vigorous and recovering oil industry, the facts behind the numbers tell a different story.

After the Joint Comprehensive Plan of Action (JCPOA) was signed and sanctions were removed in January 2016, Iran’s production quickly ramped up from 2.8 million barrels per day (bpd) in December 2016 to 3.5 million bpd in April 2017, reaching a high of 3.83 million bpd in August 2017. However, this seemingly quick recovery is partially due to abnormally high field pressure as previously shut in oil wells were re-opened. This high pressure was temporary, and Iran was unable to maintain production at these levels.

The respite from sanctions also resulted in an increase in crude oil exports.  Between December 2016 and April 2017, Iran’s oil exports doubled to reach 2 million bpd, rose to 2.5 million bpd in October 2016, and reached a high of 2.61 million bpd in April 2018. Although these numbers looked promising for Iran, the rapid export increases actually came from stored oil, not new production. As satellite tracking revealed, Iran was selling oil that it had accumulated during the sanctions years and stored in tankers parked in the Persian Gulf. Thus, while lifting sanctions may have resulted in an increase in Iranian crude exports and a temporary increase in production, this did not mean Iran’s oil industry was recovering.

What Iran really needed once the sanctions were lifted was foreign investment and foreign expertise to restart, revitalize, and refurbish its oil and gas production infrastructure.

When sanctions were first imposed, many of the country’ oil fields were entering their mature phase. Mature, or aging, oil fields require constant attention and infrastructure upgrades in order to maintain the pressure needed to pump oil. In addition, more than 70 percent of the oil produced in Iran comes from fields that have been in production for fifty or more years. Thus, between 2010 and 2016, the sanctions made it extremely difficult, if not impossible, for the National Iranian Oil Company (NIOC) to obtain the parts it needed to keep the oil fields operating at their peak productive capacity. As oil revenue declined, the NIOC was forced to shutter oil wells in many fields because it lacked the funds to keep fields operating at full capacity.

However, even before the Trump administration reversed US policy towards Iran, Iran struggled to attract foreign companies to partner with the NIOC. For instance, in the two and a half years since international sanctions ended, Iran was only able to sign one significant deal to develop a gas field with a foreign company, Total.

Iran’s post-sanctions problems can be traced to the country’s long-standing political fight between so-called hardliners and reformers in the context of the country’s bifurcated political system. An entrenched cadre of hardliners maintain un-elected positions in government, designed to ensure the continued fulfillment of the ideals of the 1979 Iranian Revolution. Often put in place by the Supreme Jurisprudent, currently Ayatollah Ali Khamenei, they see themselves as guardians of the revolution. These elements maintain strong opposition to western involvement in Iranian affairs.

On the other side are elected and publicly accountable government officials, including representatives in Iran’s Majles (parliament), Iran’s president, and the president’s cabinet. These officials, elected or appointed by the president, have little power over most aspects of the Iranian government, but they are charged with managing Iran’s economy. In recent years, the electoral success of these officials has rested largely on their effectiveness in bringing economic relief to the Iranian people.

After the JCPOA was signed in 2015, the oil ministry, which falls under the executive branch, began formulating plans to attract foreign investment in Iran’s oil industry. The oil ministry saw foreign investment and expertise as key to getting the oil and gas sector back on track. To entice foreign companies to invest and work in Iran, Oil Minister Bijan Namdar Zangeneh sought to offer new oil contracts with more lucrative terms. Companies eagerly awaited the terms of these contracts, which they were told would offer better terms than Iran’s traditional buy-back contracts.

However, those new contracts never materialized.

On the other hand, Zangeneh and Iranian president Hassan Rouhani wanted to offer a new type of contract, called an Integrated Petroleum Contract, which would more closely resemble a production-sharing contract and was meant to offer terms attractive to foreign oil and gas companies. However, they too were unable to get this option off the ground, challenged every step of the way by the revolutionary hardliners who labeled these contracts “anti-revolutionary.”

This stems from Iran’s long history of antipathy towards foreign oil companies, codified in Iran’s new constitution after the 1979 revolution, which forbids foreign ownership of any Iranian natural resource. Production-sharing agreements, utilized in many other countries with histories of economic colonialism, were deemed too close to actual ownership. Several conferences designed to showcase the new contracts and provide foreign companies with financial and regulatory details were cancelled because the oil ministry could not get approval.

Anti-western hardliners also piled onerous restrictions on foreign companies hoping to negotiate with the NIOC for oil and gas rights in Iran. The hardliners insisted that negotiations be conducted in Farsi, which meant native Iranian employees and dual national employees were vital to do business in Iran. At the same time, the government scared away business with new arrests of foreign and dual nationals under espionage charges sanctioned by Ayatollah Khamenei.

In the end, when President Trump decided in May 2018 to reinstate sanctions on Iran, the only foreign oil company seriously affected was Total, which quickly announced it would abandon its project on the South Pars 11 gas field. The company said it had only spent 40 million euros on the investment and did not consider that a significant loss. However, while sanctions may have been the immediate driver behind that decision, when it comes to oil and gas development more broadly, the Iranian regime has been hurting business all on its own.

Dr. Ellen Wald is the president of Transveral Consulting, teaches Middle East history and policy at Jacksonville University, and the author of the recently released book, Saudi Inc. You can follow her on Twitter @EnergzdEconomy