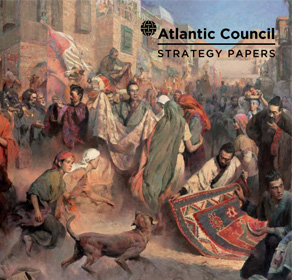 “Shape, Steer, and Sustain reminds readers that economic forces, too often ignored, help underpin world order, and that America can employ its own “economic statecraft” to achieve some of its geopolitical objectives. It is a worthwhile effort which ought to be widely read.”

– Henry Kissinger, former United States Secretary of State, on Shape, Steer, and Sustain: A US Strategy for the New Global Economic Order

Ten years ago, most observers predicted a period of smooth sailing for the world economy. Today, the world looks very different. The global economy experienced a major crisis in 2008, from which many countries have not fully recovered. Europe faces a series of major economic, financial, social, and political stresses, from outside its borders and from within. Many of the fastest-growing economies from that time, especially commodity exporters, are now experiencing serious difficulties. China is still growing at a reasonable rate, but more slowly than a few years ago. Much of the Middle East is in turmoil and its economies, with rare exceptions, are suffering. The Doha Round has proved highly disappointing, failing to meet lofty expectations. Global debt rose significantly, and job creation has stalled in many parts of the world.

Sustain
5. Leverage the US Energy Boom
6. Expand and Secure the Internet