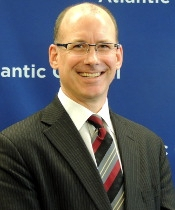 Three years into an “age of austerity” in Western military spending, expectations are building for a new wave of mergers and acquisitions (M&A) in the defense industry like the one that followed the Cold War. Just as before, change is resetting customers’ expectations, investors’ outlooks and corporate strategies.

However, the imperatives of today’s defense company stakeholders could not be more different from those of a quarter-century ago. By contrast, a defense industry for the age of austerity will reflect different impulses: Customers who require commercial-style innovation more than simple cost reduc­tion; investors who see a more complex formula for value creation than simply M&A; and competitors more adept and aggressive than incumbents still indulging the mantra “higher, faster, farther.”

Western defense industries emerging from the Cold War were indeed transformed. In the US, an industry of mostly mid-sized platform specialists and multi-industrial firms consolidated into a half dozen first-tier contractors, each addressing a wide range of opportunities with integrated system offerings.

In Europe, consolidation proceeded more slowly, but a handful of transnational firms and joint ventures has emerged to form a distinct first tier. Trans-Atlantic mergers and partnerships compounded these trends; there is hardly an opportunity on either continent for armored vehicles, transport aircraft, utility helicopters, turbine engines, radars or spacecraft that fails to attract offerings with a provenance on both sides of the Atlantic.

This transformation was initial­ly a response to defense ministries’ concerns that the costs of overcapacity would overwhelm shrinking budgets. Today, the focus of concern is instead on low, slow productivity and the narrowing of the technological advantages of the West.

These contemporary customer expectations should redirect corporate initiatives toward the siren call of high-tech commerce — “better, quicker, cheaper!” Responding to that call will involve companies gaining access to the iconic commercial technologies of our age, like advanced computing, robotics, biotechnology and nanotechnology.

Investors in defense companies also are transmitting a different impetus for change. The defense industry of the early 1990s was financially weakened, compelling chief executives to offload underperforming assets and aggregate scale around their most competitive capabilities.

Today’s industry is sound financially with historically high share prices. Employment reductions paced to declining demand, combined with a slow run-out of peak Pentagon outlays, have enabled US companies to sustain returns; plus, balance sheets, rife with cash, are providing the typical defense company investor the kind of low-risk yields that in the 1990s were available only from US Treasury bills. The defense sector has roughly doubled in value over the past two years.

This financial strength will allow executives to exercise a richer palette of strategic choices and dampens the fervor for simple consolidation. Some may well target bigger scale in core capabilities or complementary adjacencies, but such 1990s-styled moves will be more selective. Conversely, more companies with strong franchises in mature products will instead harvest value by breaking them up or by cultivating risk-averse investors with utility-style stability and returns.

One factor driving strategic choices will be emerging entrants employing commercial technologies and leveraging private capital to disrupt comfortable incumbencies. Bellwethers of this trend at the leading edge of the technology-development S-curve already are winning competitions for cloud computing, big data analytics and robotics. Likewise, at the mature-product end of the curve, entrants are taking share in tactical wheeled vehicles, utility helicopters, space launch, satellite communication services and even frigate-class ships.

A decade from now, the defense industry will comprise more varied companies and competition dynamics than resulted from the post-Cold War restructuring. Room will remain for the pure-play behemoth, but that space will be smaller and innovation will languish within it. In their place will be traditional contractors addressing more diversified customers and geographies.

There will be more companies rooted in the business practices and technology bases of the commercial sphere, and more small and medium-sized enterprises that succeed with a tightly focused scope.

Steven Grundman is the M.A. and George Lund Fellow in the Brent Scowcroft Center, and a former US deputy undersecretary of defense for industrial affairs and installations. This article originally appeared in Defense News.