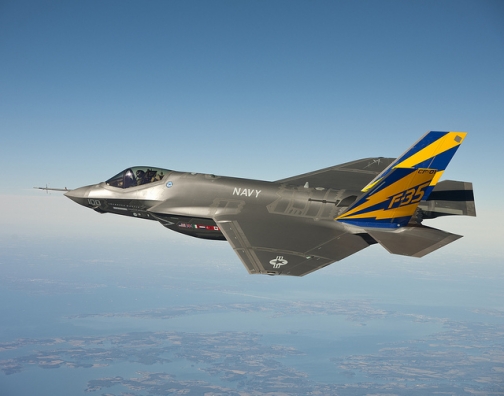 That title was the quote earlier this month by Stan Newberry, head of C2 integration at US Air Combat Command, in Sandra Erwin’s article “Air Force Weapon Buyers Brace for Lean Times.” Newberry acknowledged that the Air Force’s plans for the ‘F-X’—the thing that is supposed to follow the F-35A—does involve cooperating with the Navy and its plans for the ‘F/A-XX’—the thing that is supposed to follow the F-35C. But he also cautioned “don’t get too excited… All of us are trying to avoid another ‘joint’ acquisition.”

I repeat the title, hoping that this might sink in with enough readers, because I sense that this portentous quote has eluded wide distribution. Newberry is an SES embedded in the USAF hierarchy, and so may be speaking with more than just a personal opinion. After enduring fifty years of the Office of the Secretary of Defense trying to squeeze more stuff through single programs, the Air Force may be pushing back.

Why one would want to avoid these mash-ups is easy to characterize. While jointness on operations is widely appreciated, jointness in development of new materiel has been a disappointment for decades. The savings have been less than hoped for, and the up-front costs worse than generally understood.

The madness started in 1961, with the Tactical Fighter Experimental project, when Defense Secretary Robert Strange McNamara ordered the Navy to work with the Air Force to develop what would eventually become the F-111. (Try to imagine that thing on an aircraft carrier.) The story of the Joint Strike Fighter started in 1996, and yet continues. At some point, we should speculate on whether the Pentagon will again have the money to pay for multiple, parallel combat aircraft developments. But for now, we can at least recall that seemingly golden era of the 1980s, when the USAF got its F-15s and F-16s, and the Navy and Marines their F-18s. These proved very successful fighters in aerial fighting throughout the 1980s and 1990s.

The phenomenon has not been wholly endemic to the United States. The French Armée de l’Air, I have heard repeatedly, has not been wholly satisfied with the Rafale, a plane built necessarily to the carrier-landing requirements of the Marine Nationale. Nationalism also played a role, but Aerospatiale would have happily joined the Eurofighter project.

Combined projects—transnational developments for multiple but similar services—have their own problems. Marc De Vore’s article “The Arms Collaboration Dilemma: Between Principal-Agent Dynamics and Collective Action Problems” (PDF) lays out the challenges very well. But 20th century military history is also adorned with cases of weapons built for one military service which would later prove most valuable for another. That is, the notable successes haven’t so much come from joint or combined projects, but from single-service solutions adopted by another, when the latter’s own development faltered. It’s often forgotten that World War Two’s P-51 was originally designed to an RAF requirement; the USAAF liked it so much that it pretty much ordered the lot. Over Vietnam, the Navy’s F-4 was never a suitable fighter, but once adopted by the USAF, proved a very handy defense-suppresion aircraft, and particularly in 1991.

No weapon can perform all roles, but adding agencies to the development process adds political veto players. Those added signatures on the chop-chain can withhold their share of the funding unless all their nice-to-have features are included on the design list. Trying to fit all that functionality into the same form factor can then greatly add to the development cost. But if a single service’s intended procurement would exceed the economic order quantity anyway, the savings from joint procurement themselves become a mere nice-to-have.

So I say—yes, Stan Newberry, do whatever you can to avoid another ‘joint’ acquisition.

Image: The U.S. Navy variant of the F-35 Joint Strike Fighter, the F-35C, conducts a test flight over the Chesapeake Bay in 2011 (Photo: US Navy)