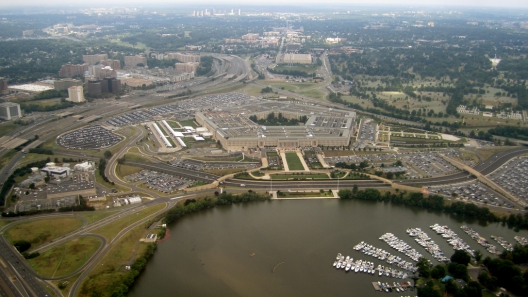 On Paring Back Clearance Lists for ID/IQ Contracts

At our inaugural Captains of Industry event last week, Excelis CEO Dave Melcher had a few sound ideas for the folks who run procurement policy at the Pentagon. I’ve been reading over those, and one which stood out concerned the Defense Department’s current approach to indefinite delivery, indefinite quantity (ID/IQ) contracts. I liked his complaint, and so wanted to add some thoughts and a few recommendations of my own.

ID/IQs are massive omnibuses that rose in popularity in the 1990s through requirements for disaster relief and information technology installations. By the ground rules in section 16.5 of the Federal Acquisition Regulations, ID/IQ managers first pre-clear several bidders as particularly qualified to deliver a service, and subsequently subject that short list to recurring competition for individual task orders. Winning a spot on an ID/IQ is thus no guarantee of business, but a “hunting license” for work within a huge contract vehicle. By restricting the bidders’ list in advance, relatively rapid decisions could be made later under greater pressure, but without losing the essential advantages of competition. Within a smaller—but still adequate—list of competitors, the government could develop meaningful but well-priced business relationships on recurring tasks over the course of a multi-year activity.

Melcher’s complaint concerned the structure of some of the Defense Department’s more recent ID/IQ contracts, in which “forty large and forty small firms” were allowed to chase those task orders. For the big contractors, he seemed to ask, what’s the point? Amidst a recurrently large field of competitors, the ID/IQ loses its promise of developing deep relationships: as someone in a field of forty is likely to underbid every time, making money gets pretty challenging.

Reflexive critics of defense contractors will now rejoice, and frankly, at first glance, the tactic seems to fit well with what  often seems to be the Congress’ simple understanding of competition: more is better. That’s what led to the mandate for “full and open competition” in the Competition in Contracting Act of 1984, and to the recycling of that phrase as “full and open competition after exclusion of sources” when arranging for dual-sourcing or specifying small business set-asides. (For a good summary of this, I recommend Kate Manuel’s paper “Competition in Federal Contracting: An Overview of the Legal Requirements” at the Congressional Research Service in June 2011.)

Indeed, as version 2.0 of Under Secretary Frank Kendall’s Better Buying Power memorandum insisted, Defense does “believe that the increased use of small businesses in service contracting can be a source of additional cost saving.” As a political stratagem this will stick, of course. I assert, however, that small business set-asides can be not merely popular, but valuable. As I argued in my book on Arms and Innovation, those mere corporals of industry bring particular advantages. For one, they tend to offer more innovative ideas where R&D intensity is low, uncertainty about requirements is high, and skilled labor is a big part of delivering the goods. In short, in service contracting.

What’s also clear is that this function is not monotonic: more is not continuously better. As Dan Gouré of the Lexington Institute complained this past June in his assault on BBP, “more activities, reports, audits, and personnel mean higher costs.” I don’t fully agree with his general attack on the initiative, but I take his point when made about transaction costs. More bidders means more of those long proposal packages to process, more people to do the processing, and more time to wait in what’s meant to be an expedited process. All this means greater cost, and more sand in the gears of government.

In contrast, restricting the bidders list is a practice well-understood by commercial procurement people. In principal, there’s an efficient inflection point where the value of adding another bidder to the list will be swamped by the added transaction costs of dealing with that bidder, and the forgone opportunity to work more cooperatively with a longer-term partner. It’s is a timely observation, too: the overall effect is a corollary to the Theory of the Firm expounded by the late Nobel laureate Ronald Coase, who died last month at the age of 102. And so, talking through the graph is a common exercise in supply chain management (SCM) classes in business schools today. Spending time with that select list of firms is called in the trade supplier relationship management, and it’s a hallmark of corporate procurement departments that are doing it right.

It’s thus no surprise that knowledge of the concept is a prerequisite for commercial certification as a supply management professional (CPSM) by the ISM. I would think it would also be for certification as a defense acquisition manager by the DAU, but the idea doesn’t seem to be sticking across the workforce. The difference may be that while business is employing SCM concepts as a playbook, government sometimes tends to treat them as a cookbook. Perhaps the differences in implementation and resulting success stem from the rigidity with which directives from the under secretary are sometimes regarded by procurement officials. We’ve seen how  implementation of the details of BBP has been challenging for this reason; I’m still hearing complaints from industry that the strictures are being followed too slavishly, even for the Defense Department.

I now offer some unsolicited advice to the military departments and the defense agencies for cleaning up those ID/IQs. First, issue more modest numbers of hunting licenses. Frankly, I expect that some of the big contractors will come even if you don’t change the rules. Competition is getting pretty intense within a shrinking budget line, so the alternatives are sharpening one’s pencil or exiting the business. That said, the benefit I advertise here is not to the contractor, but to the government. Prices won’t change much, but administrative costs will drop, and contracting relationships will improve.

Second, scrutinize the lists of small businesses with which you want to work to make sure that they’re really bringing unique capabilities. Politicians may prefer set-asides as props for constituents, but officials should always strive to make better use of them. Each contract may be sui generis, so do the work all over again each time to make sure you’re getting what you need. With some of the best small businesses in defense, that investment actually is worth the time and trouble.

Together, those measures are hardly fixing the bidding. They’re just fixing a process. And the ID/IQ mechanism is a process that has grown, like many things in defense, beyond the efficiency of its original intent.