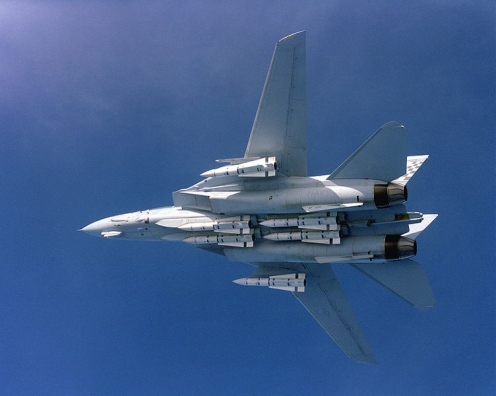 More on the Perils of Joint and Domestic Development

The other day I cited the head of C2 at Air Combat Command as saying that the USAF’s goal with its next fighter is “to avoid another ‘joint’ acquisition.”  While the history of joint developments has been troubled, one might criticize my argument by making virtue of necessity. Sure, joint developments have been problematic, but what choice have we? Money is tight, so multiple, parallel programs may just not be feasible. In response, I argue that jointness has taken hold too far down the economic ladder, and history shows sound examples of the benefits of competitive development and inter-service competition in weapons acquisition.

Take the field of missiles, in which technical cooperation should be simpler than in aircraft, and price points are far lower. Again I refer to the long air war over North Vietnam for evidence. In the late 1960s, the US Air Force found its early-model AIM-7D/E Sparrow and AIM-9B Sidewinder missiles very questionable in combat. As Marshall Michell wrote in Clashes: Air Combat Over North Vietnam 1965-1972 (Naval Institute Press, 2007), some fighter wings operating out of Thailand actually rewrote their doctrine to recommend firing four missiles simultaneously at appearing MiGs, hoping that one might hit. Eventually, on its own accord, the USAF adopted the US Navy’s AIM-9D missiles, as they actually tended to intersect with enemy aircraft.

Later, it was the Navy’s AIM-54 Phoenix missiles that proved unsatisfactory. While little is known about Iranian combat experience with the weapon, the US experience was awful. Employed in just two aerial fights, both over Iraq in 1999, two Phoenixes dropped straight to the ground, and the third missed wide. And as the AIM-54s would also be inoperable on fighters smaller than an F-14, the Navy just adopted the Air Force’s AIM-120 AMRAAM for its F-18s.

In either case, had a single program been forced on both services, it is possible that the results would have been the AIM-7B and the AIM-54, rather than the AIM-7D and (eventually) the AIM-120. Without a competing alternative on which to rely, the choices would have been sticking with the dodgy weapon, or buying a foreign product, such as Meteor or ASRAAM. While the latter should be a frequently considered option in the United States, chauvinism usually intervenes. But whatever the national origin, if diversity sometimes costs more up front, it generally eliminates the possibility of single points of failure.

We have seen otherwise in the heady days of togetherness after Goldwater-Nichols, the end of the Cold War, and laudable operational successes of several wars. The US military services have been banding together to reinvent wheels, slapping the word Joint at the front of the name of every new weapon possible, hoping to market the impression that it will thus be Good. This trend has gotten out of control, afflicting portfolios in which solutions should have been readily achieved—and already have been, at least outside the US.

As Exhibit A, I propose the Defense Department’s project from the early 2000s for a Joint Common Missile (JCM) to replace its AGM-65 Mavericks, AGM-114 Hellfires, and even BGM-71 TOW anti-tank missiles. Note that this new weapon would be not just joint, but common. The Mavericks are carried by Army, Navy, Marine Corps, and Air Force fighters, attack helicopters, and patrol planes. The Hellfires are carried by Army, Navy, and Marine Corps attack helicopters—and a wide variety of aircraft and ships of customers around the world. The TOWs are carried by helicopters, ground vehicles, and infantrymen with very sore backs. In 2004, however, OSD terminated the JCM. Though the drama played out a few more years in Congress, and contractor Lockheed Martin insisted that all was well, something was clearly not quite right.

Eventually, the Army, Navy, and Marines organized a Joint Air-to-Ground Missile (JAGM) program to replace those -65s, helicopter-launched -71s, and -114s. But in 2012, the Navy and Marines pulled out, choosing to concentrate development monies on the Small Diameter Bomb for their fleets of F-18s, and to shift procurement monies towards the still relatively well-regarded Hellfires.

This means that the JAGM is now, as Defense Industry Daily noted, joint in name only, and merely a project for a Hellfire follow-on. That is, the JAGM will be usable only by comparatively low-speed aircraft. Apart from the rather heavy Maverick, there is still no ground attack missile for American fast movers. For F-35s, there will be no close air support weapon between cannons and bombs. So, as the news went around last month, MBDA UK is now aggressively promoting its in-service Brimstone missile in the US as a ready upgrade upon those Hellfires. The juxtaposition of names is itself a delicious turn of phrase in marketing, but the substance is even better. In addition to dual-mode seekers and a sterling combat record—98 percent in over 300 engagements— those Brimstones come with the added feature that they can be fired from jets.

From where I sit, it seems that sorting this out shouldn’t be difficult. The Army’s focusing its JAGM funds on a simpler problem could be a sensible approach. There’s a price point at which the Brimstone would make sense for the other three services. But the overwhelming American impulse for the last twenty years at least has been to pursue joint developments, led by Americans, for wholly new solutions. The results have had a certain consistency. As a friend at China Lake recently put it to me about that British missile,

I’ve forgotten what little I used to know of it but was impressed with its potential. Of course, it never went anywhere in NavAir because it competed with the favored JCM. And so in preferring JCM, we got neither JCM, nor JAGM, nor Brimstone.

Image: An air-to-air underside view of a Fighter Squadron 211 (VF-211) F-14B Tomcat aircraft, with all six of its AIM-54 Phoenix missiles visible. (Photo: US Navy)