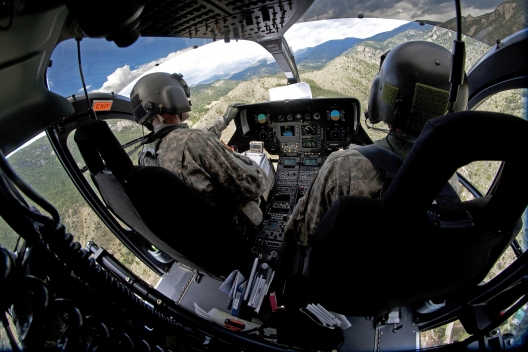 What Determines Military Quality, and Why Should Industry care?

Battlefield performance may be a rare arbiter of military quality, but when the opportunity arises, it forms an unmistakable signal. So before any military forces and the industries behind them land in that crucible, it’s worth asking what inputs predict which organizations are more likely to emerge victorious. Then, in pursuit of a reasonable return and efficient processes, we can ask what factors of production would matter most for industry. These are big questions, but with tight budgets and uncertain threats, the theory is worth some reflection. We’ll revisit this issue episodically in this column, because figuring out what matters is at the heart of policy and strategy.

For today, we will focus on the question of military quality.I have had the sense that most of the recent work on military quality has concerned ground forces, probably because that’s where the richest information sets rest right now. So I will concentrate there, and elaborate at least three current schools of thought:

The first holds that military quality is a function of technology and skill. That’s the view most notably espoused by Stephen Biddle (George Washington University and the Council on Foreign Relations) in his 2005 book Military Power: Explaining Victory and Defeat in Modern Battle. I recommend Elliot Cohen’s review for a synopsis, as Biddle’s work is methodologically intense. That’s fortunate, though, as Biddle triangulates with multiple quantitative and qualitative approaches to make his point. His case selection has been generally lauded: he found battles in which, if technology were most important, victory should have gone to the other side. Lack either technology or skill, Biddle argues, and you’re in deep trouble. What’s particularly important in his view is a deep appreciation for one’s kit: technologies are highly specific to individual forces, so training long and hard on those systems is much of what distinguishes good military organizations from bad.

Fairly, this may be the conventional view, so it has attracted attempts at alternative explanations. Daryl Press (Darthmouth) probably has the most directly opposing opinion. Somewhat simplified, he thinks that military quality is more a function of technology or skill. His best evidence concerns the 1991 War: the Coalition would have routed the Iraqis fighting with Soviet equipment, he argues, and even would have routed the generally incompetent Iraqis had they been fighting with the Coalition’s equipment. I find that he makes a reasonable case that one can compensate for deficiencies in equipment by tactically playing a weak hand well. But even though Press argues so, his article really doesn’t make the case that the alternative—badly shepherding quality kit—can win any but a lopsided battle. In providing advice to defense ministries, I wouldn’t bank on that: it’s a petro-state strategy. Perhaps, then, we ought to think of his argument as one of decent technology, but mostly skill.

Much of what has been written in the last fifteen years on military performance concerns learning—or adaptation, if you prefer. Press and Biddle each write something about this, but it’s neither’s focus. Devotées of John Boyd have been beating this drum for years, if without sound empirics. We can thank John Nagl for resuscitating this view with his 1999 dissertation and subsequent book Learning to Eat Soup with a Knife, even if his underlying definitions were a bit shaky (see my forthcoming article in the December issue of Contemporary Security Policy). Since then, a lot of good qualitative work has been done, and the foremost name in that field may be Theo Farrell (King’s College London). That military forces should learn seems intuitive, of course, and we can observe sundry political impediments that can make adaptation difficult. The message here is that whatever kit and skill you bring to the fight, you’d better keep burnishing your skills on that kit if you expect to win in the long run.

I also believe that the answers will differ by domain, whether one is preparing to fight on land, at sea, in the air, or even in space and the cyber realm. Just reflect on what we have seen in a decade of insurgencies in Afghanistan and Iraq. Bomb-proofed armor matters. Aerial surveillance matters. Electronic intelligence matters. But as Douglas Pryer of the US Army recently wrote, “robots don’t drink chai,” so there are only partial substitutes for well-trained and astute boots on the ground. Industry’s role is a critical, but it is strongly shaped by the context of the particular tasks that politicians hand their soldiers, and the material choices they make in pursuit of those. So what should industry do? We’ll get to that question in a later installment.

Image: View from inside a UH-72 Lakota helicopter. (Photo: US Army/Jon Soucy)