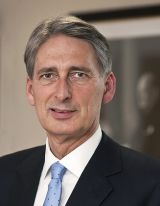 With just one bid on his desk, UK Defence Secretary Phillip Hammond had little choice but to give up on a controversial plan to put Defence Equipment and Support (DE&S) under a government-owned, contractor-operated (GOCO) model. Instead, procurement will be put at arms length from the rest of the ministry, and given financial and human resources flexibility.

So wrote Olivier Travers this morning on Defense Industry Daily—the Cabinet, after all, has decided not to seek a clean division between policy-making over military procurement choices and the administrative details of purchasing and upkeep. I admit some relief, as I had concerns about the suitability and workability of the GOCO model for this task.

The mooted model, that is, was to outsource all the details of the procurement and depot-level maintenance of British military equipment to a government contractor. The ‘GOCO’ label was admittedly a stretch, in an attempt to provide a familiar American term to a wholly new arrangement of governance. The new organization’s role would be chartered by the government, providing a sense of public “ownership” of the process. The office building itself might be property of the MoD, but the arrangement would lack the asset-intensity of the way in which the US Army manages ammunition plants: owning the plant, property, and equipment, but hiring an ammunition manufacturer to run it.

Here, the Tories’ idea held that administration of business details was best handled by actual businessmen. But the trouble with outsourcing public administration is that administrators inevitably wind up making policy through the everyday administrative choices they make. As anyone who has watched Yes, Minister knows, bureaucrats have their own ideas. In their place, the people working for sole-bidder Bechtel could have made fine choices for the armed forces, or they could similarly have made choices that favored Bechtel. But exercising political leadership over the civil service is probably a better-understood problem than governing a GOCO in an unprecedented relationship.

I had fewer questions, however, about the need for some sort of reform. Whether for ‘the war’ or just any war, British procurement performance over the past two decades has provided a platoon of case studies in what not to do, or how not to do it. The slow up-take of MRAPs, the Nimrod disaster, the breakdown of the submarine program—all yet over shadow more recent successes.

What has been going wrong? In his speech to the Commons, Hammond recalled that Bernard Gray’s report to the previous government found three basic problems with military procurement in the UK:

Cutting the budget dealt with the first problem, though at the expense of British force structure. Implementing the recommendations of Lord Levene’s Defence Reform panel should help with the second. This latest reform deals with the third part. With relaxed rules for financing projects and managing the large business management staff at DE&S, Gray will be able to run his operation on commercial terms, and lure people of the same caliber as those in industry. This latter issue is critical: one cannot expect the same quality of people in government if you don’t pay them and treat them properly. Eventually, too many of the best leave to work for your suppliers.

This is not, as the Labour Party immediately claimed, an “embarrassing U-turn”. It’s just a sensible idea when you only get one bid, and that bid isn’t clearly better than the in-house alternative. That it wouldn’t be isn’t shocking, as any sensible bidder must account for transition costs. But like the old A-76 competitions of the 1990s in the US, and gobs more commercial near-outsourcing experiences, the experience sharpens the bureaucracy’s pencil. My concerns about the GOCO concept aside, the competition may have been necessary for drawing out that “Enhanced DE&S” model that won.

My next question is why the US government should not undertake a similar reform of its defense under-secretariat for acquisition, technology and logistics (AT&L). Indifferent administration of military purchasing may not be the Pentagon’s biggest problem, but it’s an acute one worth addressing. When tasked a few years ago by the Air Force Department to consider the managerial challenges behind one of AT&L’s many Better Buying Power (BBP) initiatives, a team from RAND recommended that the government “recruit skilled personnel,” as that is a “commercial best practice”.* Indeed it is. But as government-reinventor Al Gore wrote in 1993, placing a few, new better people in a bad system may just corrupt the fresh hires.** Institutional independence and operational latitude may be just what’s needed to affect the day-to-day behavioral change that BBP requires.

James Hasik is a senior fellow in the Atlantic Council’s Brent Scowcroft Center on International Security.
———