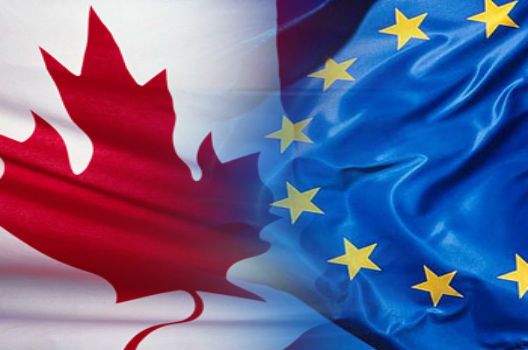 CETA back on track

After a week of intense negotiations on CETA, the EU-Canada trade agreement, authorities from the Belgian region of Wallonia announced on October 27 that they had reached an agreement with EU officials that will allow the deal to move forward. Walloon authorities had previously rejected the deal, which requires unanimous consent of member states, due to environmental and legal concerns that the new amendments reportedly address. Canada and the other 27 EU member states still have to agree to the changes before the deal can enter into effect. The announcement was too late to prevent Canadian Prime Minister Justin Trudeau from cancelling an October 27 trip to Brussels to formally sign the deal, and it is now unclear when exactly it will be signed. Belgian Prime Minister Charles Michel said that his country would approve CETA by midnight tonight, and the deal will then go on to the other 27 EU countries for approval.

On October 25, the European Commission unveiled a new proposal for a mandatory consolidated common corporate tax base (CCCTB), which would create a single method for income calculation for companies operating in the EU. The EU executive argued that the policy, a revamped version of a failed 2011 bill, will benefit companies by eliminating the need to comply with different methods of calculation across each country, and so reducing costs. The proposal would allow a 50 percent deduction for companies conducting research and development up to EUR 20 million, and would exempt small firms from the tax. The Commission further stated that a CCCTB would promote growth while also closing loopholes across the EU which allow for “large-scale tax avoidance,” such as the kind it accused tech giant Apple of committing in Ireland in a recent competition investigation. Ireland and the UK vetoed the idea in the past, asserting the ability to set tax rates as a sovereign right of member states. The proposal will require unanimous consent of national governments.

Case filings retrieved from the European Court of Justice on October 27 reveal that a privacy rights group in Ireland has initiated a legal challenge against Privacy Shield, a data sharing agreement between the US and the EU launched in July. Privacy Shield’s predecessor deal Safe Habrour was struck down last year by the court for violating citizens’ privacy rights, creating significant uncertainty for US-EU commercial data flows. The EU Advocate General is expected to deliver a non-binding opinion on the case before the end of the year, and the ECJ will decide in early 2017.