A fast-developing crisis in Ethiopia has the crucial US ally edging closer to all-out war, just two years after Prime Minister Abiy Ahmed took office promising democratic reforms and a year after he won the Nobel Peace Prize. So what happened? Today we’re turning to Cameron Hudson, an expert on the region and former US diplomat and intelligence officer, for a look behind the headlines.

Abiy’s governing coalition has from the start faced resistance from the Tigray People’s Liberation Front (TPLF), the core element of the former ruling party based in the country’s north. Months of tensions boiled over after an alleged TPLF attack on government forces. Abiy has dispatched troops to the northern region and hundreds of people have been killed in the fighting. The prime minister has so far refused calls for international mediation, calling the conflict an “internal law and order operation.”

What’s Abiy up to?

Did the Nobel Committee get Abiy wrong?

What should we make of the TPLF?

What role does Ethiopia play in regional stability?

What should we watch to understand where the conflict is headed next?

What can a Biden administration do?

“This conflict is a reminder that Ethiopia, along with Nigeria, Kenya, and South Africa, are the continent’s ‘too big to fail’ countries. Considerable diplomatic effort needs to be put into repairing the Trump administration’s ill-advised record of non-engagement in the region so that we once again have influence and credibility. Biden will face calls to appoint a first-ever Horn of Africa envoy, which makes increasing sense. The US needs a coherent strategy for this region and the capacity to carry it out.” 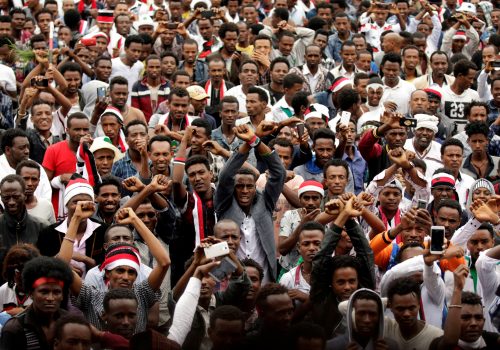 Calls for negotiation are driving Ethiopia deeper into war

Ethiopian Prime Minister Abiy Ahmed, who won the Nobel Prize for his peacemaking with Eritrea, has confounded allies by resisting all attempts to dampen the ongoing military confrontation with a powerful northern insurgent group, the Tigray People’s Liberation Front (TPLF). The TPLF effectively controlled the Ethiopian government from 1991 until February 2018, when it was driven […] 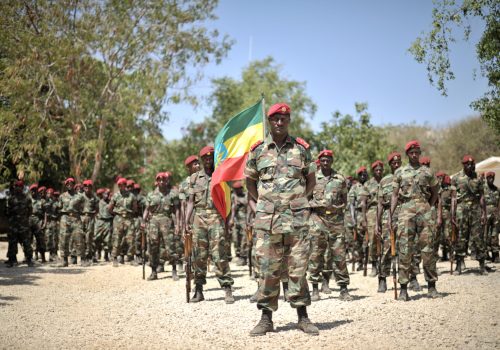 As conflict breaks out in Ethiopia's Tigray region, Africa Center experts react and analyze what this means for the country and its neighbors. 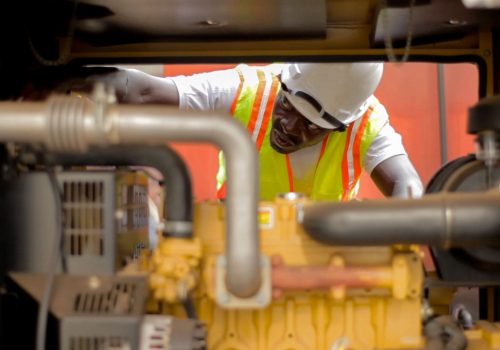 Image: An Ethiopian woman who fled war in Tigray region carries a jerrycan of water as she walks at the Umrakoba camp on the Sudan-Ethiopia border in Al-Qadarif state, Sudan November 19, 2020. REUTERS/Mohamed Nureldin Abdallah