A new conflict has erupted on an old battleground. Israeli bombings of the Gaza Strip intensified today, following Hamas rocket attacks on Israel. It’s the worst outbreak of violence there in at least seven years and has left dozens dead, mostly in Gaza. The attacks follow weeks of tensions at the al-Aqsa mosque, Islam’s third-holiest site, and efforts by Israel to remove longtime Palestinian residents from the East Jerusalem neighborhood of Sheikh Jarrah. Protests in that neighborhood have now evolved into solidarity protests and rioting in cities and towns across Israel. Is an all-out war brewing? What does this mean for Prime Minister Benjamin Netanyahu’s future? What role will regional and global powers now play in the confrontation? From Washington to Jerusalem, our experts are here to weigh in.

Where do we go from here? 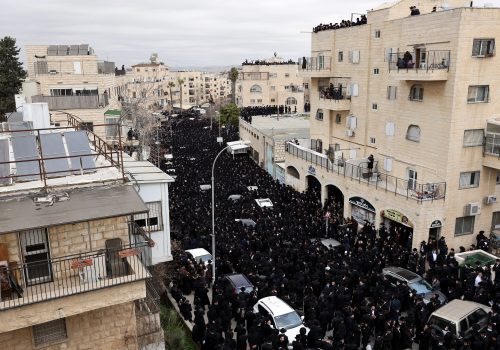 The real threat to modern Israel

The March 23 election could emerge as an inflection point because Haredi behavior during the coronavirus pandemic has underscored divisions, deepened mutual disdain, and convinced many Israelis things cannot continue as they are. 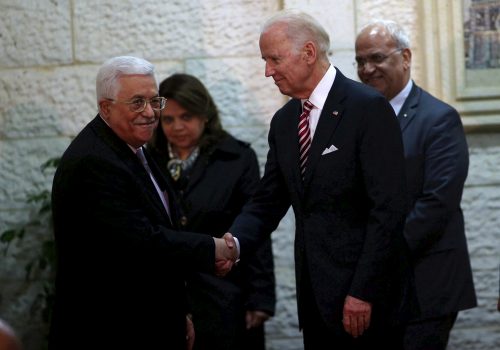 America steps back into the ring with the Palestinians

The renewed US effort to engage with the Palestinian leadership comes against the backdrop of the past four years, during which the Mahmoud Abbas government found itself consistently on the defensive. 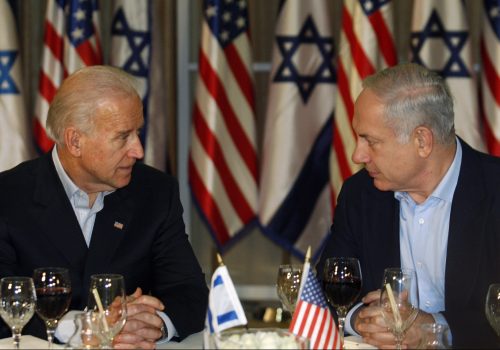 A Biden presidency is bad news for Netanyahu, but not necessarily for Israel’s national security

The possibility of a Biden presidency might have a significant impact on Israel.

Image: A Palestinian walks past a building destroyed by Israel airstrikes in Gaza on May 12, 2021. Photo via REUTERS/Suhaib Salem.