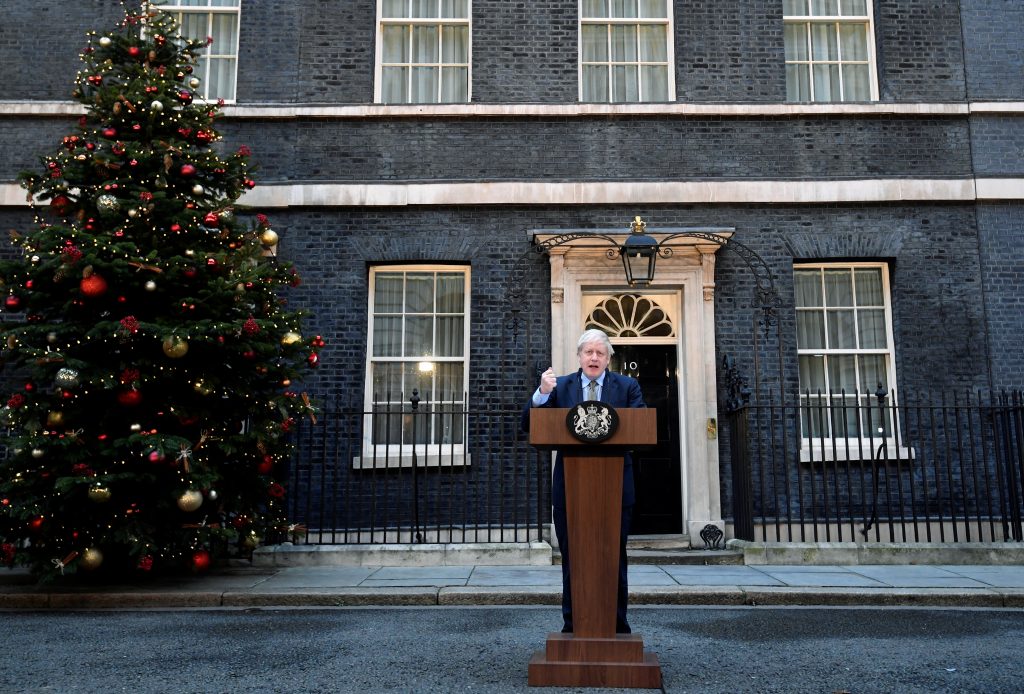 It is just the sort of script one might expect from Boris Johnson, one of the most enigmatically fascinating personalities of our times.

I opposed Brexit on economic and political grounds yet, at the same time, Johnson might have the political flexibility, the intellectual chops and the Churchillian ambition to confound his critics along the five lines of action he must simultaneously pursue to find his historic place.

Media pundits in recent months have compared and associated the rise of Boris Johnson and Donald Trump as populists who have turned their countries’ politics upside down. Yet the comparisons only go so far, given Boris’ bookish, multilingual, multicultural background, and intellectual passion.

He was born in Manhattan as Alexander, then raised in Brussels until age 11, before being shipped to a British boarding school a year after his mother’s breakdown, a life richly chronicled by Tom McTague in The Atlantic last July. Somewhere along the way the quiet child became the boisterous, eccentric British Boris. He developed a comic demeanor, a disheveled mean (and mane), a rapier intellect with a taste for the classics, and an insatiable desire to be liked.

From all of this grew his self-proclaimed ambition to be “world king.”

“I often thought that the idea of being world king,” said his mother of her illness’ impact on Boris, “was a wish to make him unhurtable, invincible somehow, safe from the pains of life, the pains of your mother disappearing for eight months, the pains of your parents splitting up.” The biographer Sonia Purnell says Johnson told girlfriends that his way of coping was to make himself invulnerable “so that he would never experience such pain again.”

The Brexit referendum and— three years later— his election vote are part psychological and part political drama for Boris Johnson, the stuff of a West End musical. His Friday speech on the steps of 10 Downing Street showed how quickly he can change his tune from that of the campaign to one of governance.

Speaking to those voters who opposed him and wished to remain in the EU, he said, “I want you to know that we in this One Nation Conservative government will never ignore your good and positive feelings – of warmth and sympathy toward the other nations of Europe.”

“As we work together with the EU as friends and sovereign equals in tackling climate change and terrorism, in building academic and scientific cooperation, redoubling our trading relationship…” he said, “I urge everyone to find closure and let the healing begin.”

That will be easier said than done as Johnson will now have to decide what kind of UK he wishes to build – one more akin to its neighbors in the EU or one more resembling a low-tax, deregulated Singapore-on-Thames.

“Brexit will formally happen next month, to much fanfare,” writes the Economist, “but the hardest arguments, about whether to forgo market access for the ability to deregulate, have not begun. Mr. Johnson will either have to face down his own Brexit ultras or hammer the economy with a minimal EU deal.”

French President Emmanuel Macron, enamored by his colleague’s intellect and linguistic skill, has called Boris Johnson “a leader with genuine strategic vision” who should be taken seriously. This week he extended an olive branch while in Brussels, telling “British friends and allies something very simple: by this general election, you confirmed the choice made more than three years ago, but you are not leaving Europe.”

On the other hand, he has warned, the best way to reach the most ambitious trade agreement with the EU would be if the UK essentialy says “we don’t want to change very much.”

So, the drama will continue. If the UK’s economy emerges as robust and healthy, other European countries might wonder about the value of staying in. If Johnson defines his country as too close to the European Union, irrespective of economic logic, his base may well ask what the past three years’ drama has achieved other than serving Johnson’s own political ambitions.

It’s time to raise the curtain on the next act.

Must-Reads From a World In Transition

The Atlantic’s Tom McTague provided the best profile I’d read on Boris Johnson in July, and I reproduce it here again. This week he turned around a smart, quick analysis – complete with reporting from the front – on how the Britain that emerged this week “is different from the one that came before, its old political map erased, its economic model upended, its prospects uncertain – even its unity in doubt.”

He weaves a rich narrative of “a remarkable story of political change brought about by voters and politicians – and one politician in particular… And yet, while this is a story with one central character, it is also about the deep structural and demographic currents working under the surface…” Read More →

The Atlantic Council’s own Benjamin Haddad, after some travels through Europe, weighs in on how the continent should understand that President Macron’s sharp critiques of both the European Union and NATO are a call for change prompted by his view of the historic moment.

“The French president,” he writes, “is convinced Europeans are sleepwalking into strategic irrelevance in a world dominated by the U.S.-China rivalry, where shifting U.S. priorities will move it away from areas critical to Europe’s interests. This is a shift that started before Trump and will likely outlast him.” Read More →

This one reads like a spy thriller: ”The Case of the Bicyclist Killer.”

Der Spiegel reporters – working with Bellingcat, The Insider and the Dossier Center – connected two murders, one in Moscow in 2013 and one in Berlin this year, likely to the same person. In both cases, the killer rode away after shooting his victim in the head and body, once captured on surveillance footage and the second time reported by witnesses.

The reporters show evidence that links the two killings to likely the same individual using a changed identity card, an individual who this summer in Berlin hit Zelimkhan Khangoshvili of Georgia. “The Chief Federal Prosecutor’s Office,” write the reporters, “is accusing the Russian government or one of its henchmen of having murdered” the Georgian in broad daylight, “a hitjob on German soil against a man who had come to the country as an asylum-seeker.” Read More →

The Afghanistan Papers: A secret history of the War

The Washington Post is rolling out a high-profile investigative series regarding the war in Afghanistan, based on a treasure trove of 2,000 documents. Expect this one to go to the Pulitzer panel.

The piece says that the documents reveal “that senior U.S. officials failed to tell the truth about the war in Afghanistan throughout the 18-year campaign, making rose pronouncements they knew to be false and hiding unmistakable evidence the war had become unwinnable.”

To get a full picture, also read a Washington Post op-ed by Ryan Crocker, former US ambassador to Kabul. “…For anyone paying close attention, ”there are few surprises here,” writes Crocker, one of our finest diplomats.

He sees the glass as “half full,” based on the many improvements he witnessed in a country that lacked institutions, a body of enforceable laws, army or police when he arrived in early 2003. A country that had but 900,000 Afghan children in schools, all of them boys, had by 2012 some 8 million children, a third of them girls.

“Does that sound like a disaster?” he asks. Read More →

This holiday season we can all learn a lesson from Beethoven

Inspired by Arthur Brooks’ column, I turned off the usual holiday tunes and cranked up my best recording of Beethoven’s Ninth, this one from Leonard Bernstein and with German chorals.

It was good to be reminded that Beethoven produced his greatest triumph, and what many believe is the best orchestral composition in history, after he had been deaf for years and passed through despair to the other side. When he conducted this piece, a member of the orchestra had to turn him so that he could see the thunderous ovation.

“As his hearing deteriorated,” Brooks explains, “he was less influenced by prevailing compositional fashions, and more by the musical structures forming inside his own head.” Nothing stood in the way of his originality. Read More →

A look back at NATO Engages London

“Much of the electorate seems to have bought the Johnson message that electing a Conservative government will mark the end of the Brexit process,” Sir Peter Westmacott said. “In fact, it only signals the beginning of the real negotiations on Britain’s future relationship with the EU and the rest of the world.”

After Brexit, will Scotland take the high road out of the UK?

Just two years after Scots narrowly rejected independence by referendum, a second bite at the apple―IndyRef2―is being widely discussed, and one recent opinion pollshows it leading to a pro-independence result.

A most peculiar general election

Perhaps the most important question of all, as current polling suggests, is whether voter support for Brexit or determination to see the UK remaining within the European Union proves more important than traditional party allegiance.