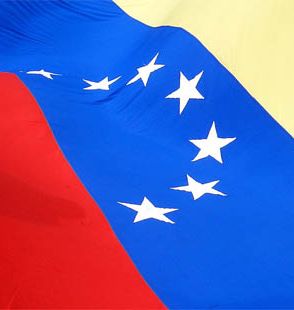 Andrés Bello, eighteenth century Venezuelan philosopher and Simón Bolívar’s teacher, said that “only the unity of the people and the solidarity of its leaders guarantee the greatness of nations.” This is a quote that should be remembered in today’s Venezuela, where the country is divided and on the slow, painful path of irreversible implosion without the implementation of a dramatic reversal in course. A country that used to be an example of democracy and leadership in South America has fallen far. As a Venezuelan living abroad, this process is more painful to watch from afar than to experience first-hand.

Last week marked a new, sad low for the country. Student-led protests in various cities erupted in violence and left three dead, more than seventy people injured, and approximately 200 people detained by police and military forces. Pictures and videos depicting clashes between students and the police are flooding social network sites, the international media, and the mind of every Venezuelan no matter which side they support. Nicolás Maduro’s government—and the opposition, too—shows no clear signs of an amicable end to this violence. A proper investigation into what happened during the protests and the causes for the three deaths will unlikely come to fruition. Whether toilet paper or dollars, answers are a rare elixir to the Venezuelan population these days.

This ominous picture is perhaps more stressful to watch from abroad. To know that friends, family, and peers are the direct casualties of political failure is overwhelming. It is particularly difficult to go from being an active participant in student marches and the national debate to being simply an observer living abroad.

However, to observe does not mean to be passive. From Washington, DC, to Paris to Sydney, the international Venezuelan community has actively proven its support. Twitter and Facebook are filled with pictures of Venezuelan flags all over the world. Peaceful protests in many cities have paired with Venezuela’s domestic protests. The world is learning about what is happening, and the Venezuelan exiles are the lecturers.

The role of observer has hidden benefits, allowing one to take a step back and think a bit more about the current situation. Here are a few ideas. First, the government needs to quickly find solutions to the increasing insecurity problem that affects everyone. The government also must stop its crusade against national media; no matter how many elections are held, a true democracy guarantees the rights of freedom of expression. The opposition, on the other hand, needs to articulate a clear, unified message to every sector of the society. The most prominent members of the anti-government movement are confined to the upper and middle class. As long as the cries for change do not reach all of society (including the lower classes who are the main supporters of Maduro), change will not happen.

New answers must be found for pulling Venezuela out of its economic, political, and social crises. The economy in this oil-rich country is in a tailspin (inflation closed above fifty percent in 2013), insecurity is rampant, government institutions are run poorly, freedom of expression is non-existent, and the National Assembly is controlled by politicians from the ruling party who refuse to provide any type of check and balance to the executive.

On the other hand, the Venezuelan opposition is making the same mistake it did ten years ago: fragmenting itself. In 2005, some opposition members called upon citizens to not vote during the parliamentary elections, while others urged voters to go to the polls. Widespread confusion in the opposition’s ranks caused the highest levels of abstention in electoral history, and resulted in a National Assembly fully controlled by the government.

History is repeating itself. Leopoldo López, a prominent anti-government figure, has taken matters into his hands to promote peaceful social unrest and protests, while former presidential candidate Henrique Capriles has been relegated to the background of the leadership. On February 18, López turned himself in to the Venezuelan authorities after the government accused him of being the reason for the current violence. After an impassioned speech in front of thousands of people, López was taken by military forces to an unknown location. It is safe to say that he has secured his position as the heroic and almost mythical leader of the anti-government movement.

Things must get better, but there will be a price to pay. Remembering Bello’s quote, hopefully Venezuelans of either side will now have more power to dictate the future of the country.  For the past fifteen years, the Bolivarian Revolution has created a polarized society. But now, the situation reflects more of a Venn diagram in which common ideas and issues are concentrated in the center, creating more room for agreement. Pervasive challenges like insecurity, inflation, intolerance, and food shortages are affecting every social stratum. This was demonstrated last week when students used a different chant during their protests:  “I am not Capriles; I am not Maduro; I am just a student protecting his future.”

Now is the time for all Venezuelans to unite for a democratic society that aims to secure a better, prosperous future for the country.

Victor Salcedo is a member of the Adrienne Arsht Latin America Center team. He is originally from Caracas, Venezuela.