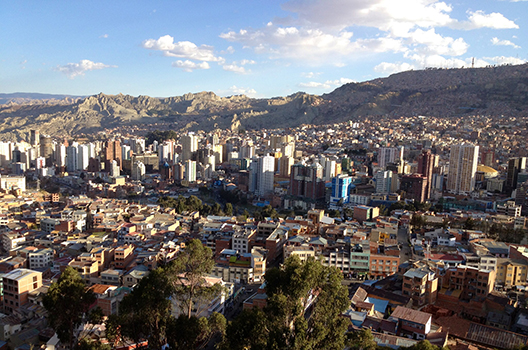 Whether or not you believe in more or less government, in a more interventionist approach to economic management or in pure free markets, The Fourth Revolution is a book you shouldn’t miss.

Subtitled “The Global Race to Reinvent the State,” authors John Micklethwait and Adrian Wooldridge – editor in chief and managing editor, respectively, of The Economist – use the book to outline the ways in which the very idea of the state as we know it is about to change. The authors begin with a survey of what the state has been up to now. They lead the reader through the three major historical evolutions of state institutions: first, the sovereign and unaccountable state; second, the accountable, meritocratic nation state based on the protection of individual liberties; and third, the invention of the modern welfare state.

But we are in for another change “Both in the Western developed world and in emerging economies, the state is in trouble”. A combination of forces, old and new, is triggering this crisis in governance. In the developed world, the culprit is a mix of high debt, discouraging demography, and massive entitlements. In emerging economies, it is the next stage of development – bringing with it improved productivity, competitiveness, and human capital – that will require better regulatory frameworks and smarter government, particularly when it comes to trade, infrastructure, and education.

“Championing the cause of better management should be completely apolitical,” they write, and thus equally appealing to left and right. A more efficient government uses fewer resources, which should please conservatives, while the left should welcome a state that gets more done, since “the left invests more hope in the capacity of government to improve people’s lives.”

It is certainly the case that the demands for more responsive government – increasingly vocal – are coming from every angle and ideological background. From postmodern Europe, where radical parties have gained by criticizing the aloof institutions of the European Union, to Brazil and Turkey, where protests have raged over government incompetence and waste, a new generation of politically active citizens, often reinforced by the connective power of social media, has mobilized to air its grievances.

In Latin America, and especially in sectors like education, this seems truer than anywhere. In spite of growing government budgets – in both absolute terms and as a percentage of GDP – education quality has failed to improve. And in some areas, access and graduation rates for high school and higher education appear to be getting worse.

In large part, our governments’ failures in education stem from their reluctance to adapt to the forces that “turned the corporate world upside down,” in the authors’ words. Those are globalization, technological innovation, and consumer choice. The education sector has been buffeted by all three of those forces, with the public sector slow to react.

Micklethwait and Wooldridge then identify four main assumptions that keep our current governments from reacting effectively to these forces. First, the conviction that they must do as much as possible “in house,” rather than enlist the help of outside players. Then there are the commitment to centralized decision making, the bureaucratic insistence on uniformity of operations, and the conviction that risk taking is never good, that change is always for the worse.

All of these assumptions are alive and well in Latin America’s education sectors, where new players are scarce, new providers are discouraged by restrictions and regulations, and new models like blended learning or online distance coursework are viewed as risky threats.

It is, at least, refreshing to read a contemporary analysis that advocates for the importance of ideas – and which understands that, in the case of how to improve governance, the ideas that matter are not just found in developed countries. The ability to make comparisons – to share ideas for smarter governance across borders – is a key aspect of the ongoing fourth revolution. And the proliferation of more accurate information and international ranking data increasingly allows both policymakers and citizens to understand which countries are performing better than theirs, and why.

Again, education is great example. The OECD’s Programme for International Student Assessment, or PISA, offers regular, rigorous accountings of student achievement in math, reading, and science. Now, parents and civil society organization have concrete, objective comparisons with which to lobby officials – indeed, the authors note that according to one British minister, PISA is “the single biggest instrument for reforming schools.” Transparent data is a fundamental force for change.

Micklethwait and Wooldridge have persuasively laid out their case for state reformation, but they have also launched a debate that goes to the core of our politics. What is the role of the state in an era where technology has already outpaced it, revolutionizing the rest of society? And what happens when citizens have enough comparative information to understand just how poorly their own governments are performing?

The answer to these questions will impact how states operate – for good or ill – long into the future, and will need new leadership. Hopefully our politicians are reading this book too.