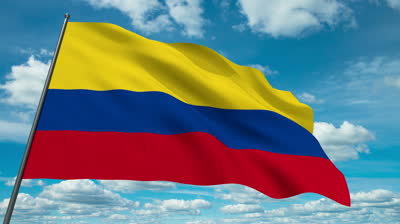 Colombians cast their vote for the presidential elections this last Sunday, leading to the re-election of incumbent president Juan Manuel Santos. The question of what the bitterly contested election’s final result means for the near future of the Andean country reigns as the dust settles from Sunday’s vote. Amid good economic conditions, an improving quality of life, and general optimism surrounding the country’s trajectory, the nation cast its vote as a referendum on Santos’ flagship project: a peace process aimed at ending the armed conflict that has ravaged the country for half a century.

Colombia’s decision ratifies the continuation of the talks with the FARC rebel group in Havana. However, the closeness in garnered votes that characterized the elections and an increased presence of opposition representatives in congress reflect the country’s desire to achieve peace that does not forget to punish criminals and reparate victims. Furthermore, it means that President Santos’  leadership will face a greater opposing force on his second four-year term.

The terms in which President Santos won the recent election will define the near future of the country and his presidency. Throughout his campaign Santos strove to position himself as the champion of peace in an attempt to distinguish himself from his second-round opponent Óscar Iván Zuluaga, the right-wing candidate of the Centro Democrático party.

The Centro Democrático, led by ex-president Ávaro Uribe and built on his ideals, is perceived to take a more belligerent stance on to the armed conflict, in keeping with Uribe’s presidential legacy of substantial military action.

Originally promising to put an end to the peace talks if elected, Zuluaga shifted his rhetoric towards the end of his campaign to propose a continued peace process with harsher coditions for the demobilizing rebels. His program proposed to make little to no concessions regarding the punishment to be exacted on the FARC and promised to deny post-conflict political participation to the rebels.

Support for Zuluaga is evidence of significant concern among Colombians that the peace process will grant a free pass to the criminals responsible for countless atrocities. President Santos acknowledged this concern after the election, whence he proclaimed: “the peace we are seeking is a peace without impunity.”

Substantial support for Zuluaga and the Centro Democrático, reflected in 45 percent of the presidential vote and nineteen seats in the Senate, is expected to significantly influence Santos’ presidency in his second term. Beyond having to address the nation’s concerns the Centro Democrático represents, dealing with such strong opposition in congress will color this presidential term differently than Santos’ last. Where his first term saw Santos enjoying the benefits of an extensive coalition of support from all sides of the political spectrum, his second term will force him to deal with the presence of aggressive right-wing opposition headed by the ouspoken ex-president, and now senator elect, Álvaro Uribe.

We should thus expect an interesting dynamic as Santos, once elected to shepherd the continuation of Uribe’s ideals, now finds his greatest opposing force in them. Whereas Santos was elected by the center and right-wing vote for his first presidential term, his campaign for re-election saw him rallying forces from the left of the spectrum which were ultimately crucial in landing him Sunday’s victory. It remains to be seen whether indebtedness to the left will show Santos handing out important political positions to prominent left-wing politicians. But with an influential part of the political right firmly opposed to his program, greater affinity with the left is expected from the incumbent president. Consequently, we can expect greater division to characterize Colombian politics in the upcoming presidential term. The question thus arises of whether this dynamic will bog down Colombian politics and cause stagnation, or whether it will provide for the better functioning of Colombian democracy and greater representation of ideas to check the president’s power. As the country enters this new chapter in its history, this question will be central in determining its political future.

Carlos Guzman is a Colombian native and a summer intern with the Adrienne Arsht Latin America Center.