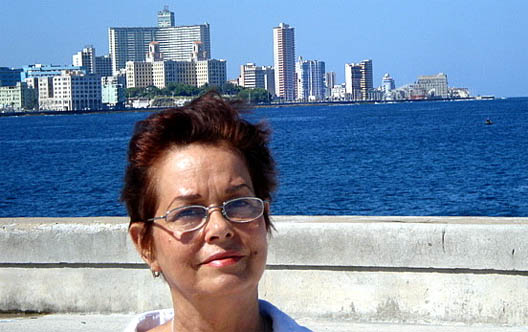 (translated from Spanish)
Cuba has been used in the confrontation with the United States to isolate Cubans from the outside world, justify the failures of the plans executed by the will of Fidel Castro , violate the rights and suppress any different opinion than that authorized by the government.

Until 1989, according to officials, US imperialism was to blame for all the country’s problems, but the loss of Soviet Union funding strengthened the propaganda blaming the North American bloc all economic ills. In fact, the trade embargo in place since 1962, complemented by two subsequent laws, has not fulfilled the objective of economically strangling the Cuban government , mainly due to help from European communist countries and later Venezuela, and because it has been applied practically by only one country. In addition, the embargo is counterproductive as it prevents the United States from knowing first-hand what is happening in Cuba and prevents interaction with Cuban society.

More than two million Cubans and Cuban-Americans have progressed thanks to opportunities provided by American democracy, and at the same time they contribute their work and knowledge to the adopted country. While many people lost their property, had their families divided and were unable to return to Cuba, and others suffered imprisonment and execution, after fifty-five years new generations on both sides of the Florida Straits are aiming to eliminate the current confrontation and help the future reconstruction of Cuba.

The Obama administration’s proactive policy is having a positive impact on the grateful Cuban population. These policies are improving poor living conditions in Cuba and creating small businesses thanks to remittances sent by relatives and friends, as well as their new knowledge and ideas gained during visits. Great impact is also attributed to the participation of Cubans in diverse cultural, scientific, academic, and sporting events in the United States, as well as Americans doing the same in Cuba. While we as citizens cannot have Internet in our home, and secured access to the few authorized public places is very expensive, it would be very positive to increase people-to-people diplomacy through the arrival of thousands of Americans if US lawmakers would lift the existing prohibitions–Cuba being the only country to where Americans cannot travel freely.

In recent years a change in thinking has occurred within Cuban society. They express disbelief at the unfulfilled promises by their government, the precarious subsistence and numerous prohibitions, while most young people have no chance to cultivate their present to have a future and unfortunately wish to emigrate. At a time when Raul Castro has undertaken limited economic reforms and gets closer to the inevitable process of transition , countries such as Brazil (Port of Mariel aiming for trade and tourism with the United States) and Mexico are positioned advantageously before the arrival of competitive American companies.

Loosening the Cuba-US confrontation would allow the presence of US citizens and the participation of American and Cuban- American entrepreneurs in Cuba; would help to establish a better environment for the development of Cuban civil society; and would limit the pretext used to repress and restrict the proper exercise of freedom of expression, association, and others. Undoubtedly, the Cuban government should take steps to encourage this change, starting with the release of American contractor Alan Gross, imprisoned in Cuba since December 2009. Our peaceful path to democracy is very tortuous and depends critically on the Cubans inside Cuba.

Miriam Leiva is an independent journalist and one of the founders of Ladies in White. Her husband, Óscar Manuel Espinosa Chepe, was a Cuban economist and dissident. He was one of approximately seventy-five dissidents arrested, tried, and convicted in 2003 by the Cuban government. She lives in Havana, Cuba.