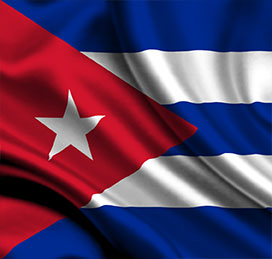 The results of the Atlantic Council’s Adrienne Arsht Latin America Center poll on Americans’ attitudes on U.S.–Cuba relations can be interpreted in only one way: the tide of U. S. public opinion has turned away from isolation and toward engagement and normalization.


The poll stands out in several ways. For the first time ever, a major U.S. public policy institution commissioned a statistically sound, impeccably bipartisan survey exclusively dedicated to Cuba. The pollsters wisely oversampled residents of both Florida (important, given its large Cuban American community and its geographical proximity to the island) and Latinos, and they probed for respondents’ views on specific policy changes—such as further easing travel restrictions—that are currently under consideration.

The numbers are as striking as they are definitive. Across the board—regardless of age, gender, income, geography or party affiliation—a majority of Americans now believe that we should abandon our decades-old policy of isolation in favor of normalized, pragmatic relations with Cuba that are consistent with U.S. national interests. In the traditionally hardline anti-Castro haven of Florida, 6 in 10 respondents favor normalization—higher than the national average.

Not surprisingly, Fidel and Raúl Castro remain deeply unpopular figures; nevertheless, a large majority of Americans is clearly able to see beyond their personal animus for the Castros to recognize that U.S. foreign policy must be based on more than a personal dislike for foreign leaders. Americans seem to fully understand that just because the U.S. maintains ties with Russia, Venezuela and Syria despite the staunch anti-Americanism and poor human rights records of Vladimir Putin, the late Hugo Chávez and Bashar al-Assad, doesn’t mean we agree with them.

Whether this poll will affect policy decisions at the White House remains unclear. But it should. President Obama has clear authority to further expand categories of licensed travel to Cuba and other forms of engagement. If he wants to go further, he can come out in support of a bill to restore freedom to travel for all Americans. In doing so, he would join a growing chorus of voices, such as Florida’s Charlie Crist, who just last week came out boldly in favor of normalization.

2014 has real potential to be a tipping point in U.S. relations with Cuba, but it will require unflinching action by the president. He has a golden opportunity to seize the initiative on Cuba policy before the midterm elections. There are fierce and vocal opponents of a sensible approach on Cuba, and they won’t shy away from a fight. But what we now know definitively—in cold, hard numbers—is that a sizeable majority of Americans of all backgrounds, in red states and blue, will have the president’s back should he choose to act.