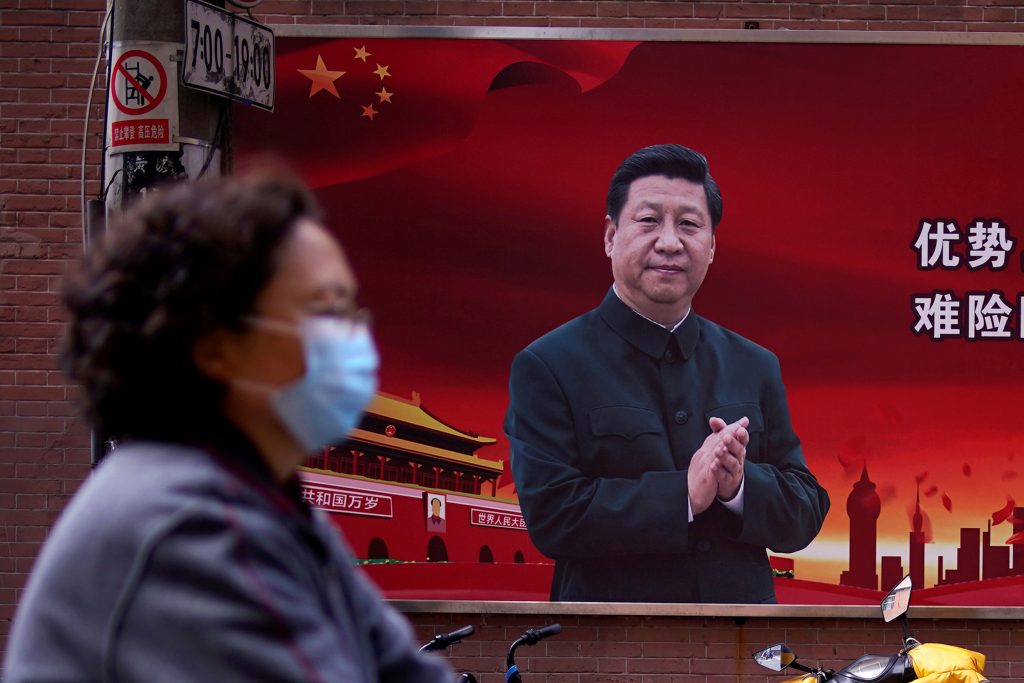 One of three scenarios sketching possible directions of the global system post-COVID-19. Because the crisis is still unfolding, these represent a preliminary look at the crisis’ geopolitical implications.

The full text of the paper is split across the various articles linked below. Readers can browse in any order. To download a PDF version, use the button below.

China has not fully recovered, but its leadership sees an opportunity to undermine Western liberal democracy’s credibility by expanding assistance with increased soft loans and more infrastructure projects.

At home, the CPC is successfully bolstering public support by portraying Western democracies as unable to deal effectively with the pandemic. Where this does not work, Xi ruthlessly suppresses any criticism of the regime.

Xenophobia and socialism in the U.S.

In the run-up to the 2020 election in the United States, Trump whips up anti-Chinese fervor to cover up for his administration’s lack of preparation and the slow recovery. Asian-Americans are attacked.

Populism gains hold, but there is a move towards socialism. Democratic US Sen. Bernie Sanders’s ideas on better health care and free universities take hold as many in the middle class struggle to rebuild their lives from the Depression-like economic plunge.

A large proportion of those let go by large firms at the height of the pandemic are not rehired by companies that are finding it difficult to return to profitability without cutting their labor force. For some companies, it is an opportunity to expand automation, including the use of robots.

With the national debt ballooning, a reelected Trump tries hard to resist, but eventually acquiesces and agrees to a temporary “wealth tax” as well as higher income taxes on the rich. As a second-term president, Trump knows he will not have to face a rebellion from his conservative base. Europeans, too, institute stiff taxes on the wealthy.

With China expanding its influence, the United States and Europe draw closer on foreign policy.

Despite some European states shying away from criticizing China, the United States, along with France, Germany, and the United Kingdom, moves to rethink NATO. Should NATO not be more active in countering China?

US foreign policy experts worry that with Russia and China strengthening their bonds, we are facing a new Cold War. Washington thinks this fight will be harder because the United States is struggling economically.

In Asia, however, the United States’ traditional allies reject a NATO-like alliance against China.

Following the pandemic, they are ever more economically dependent on China. They secretly encourage the United States to step up its naval “freedom of commerce” patrols in the South China Sea, while negotiating new free trade and investment agreements with Beijing.

With the continuing economic hard times and low energy prices, Saudi and other Gulf states’ coffers are running dry. They drastically cut social welfare to save on budgetary outlays, increasing discontent.

Other states in the Middle East have a harder time.

A climate-related drought in the United States/Canada and Australia has raised food prices. Food riots break out in Cairo and other Middle Eastern and North African states. A Shia rebellion rocks Saudi Arabia’s eastern province and Bahrain, worsening ties with Iran.

Russia steps in to provide food aid financed by its close partner China to stem the discontent and support the authoritarian rulers. China negotiates deals with Saudi Arabia for lower future energy prices in return for immediate Chinese assistance.

On the bright side, the United Nations reverses its 2019 judgment that the world is not doing enough to curb its emissions.

As long as current levels of lower emissions are sustained, the world will meet its target of keeping the global temperature rise to no more than 1.5-2.0oC. The United Nations calls on countries to introduce more renewables, which can ensure emissions do not rise during the slow global economic recovery.

Will COVID-19 slow the global shift to renewable energy?

In the short-term, the pandemic almost certainly reduces greenhouse gas emissions due to lower energy demand.

But that shift is a two-edged sword. Innovation and adoption of green technology accelerates when fossil fuel prices are high and decelerates when they’re low.

Moreover, many of the parts for large-scale green energy programs come entirely or partially from China, other parts of Asia and the United States. These specialized supply chains have few substitutes. As an example, the pandemic has already slowed Chinese production of solar panels, delyaing projects in India and Australia.

One way to mitigate existing low prices would be through increased taxes on fossil fuels, which would help to incentivize continued changeover to renewables.

For the many countries outside Europe, the United States appears in sharp decline. Despite China’s responsibility for the outbreak, the pandemic has tilted the geopolitical balance in its favor.

The most hopeful of our three preliminary post-COVID scenarios sees the world drawing together in increased cooperation. A new commitment to better governance leads to the creation of international bodies to counter global threats such as disease, conflict, and climate. Improved international cooperation leads to a V-shaped recovery as major economies resume growth.