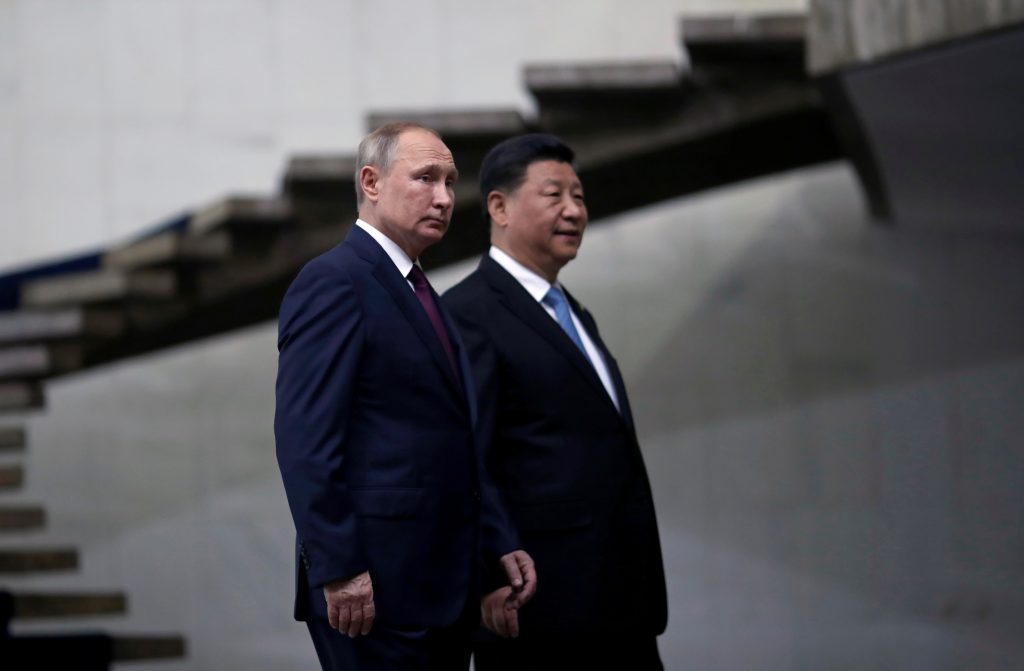 On May 13, 2020, the Scowcroft Center for Strategy and Security hosted a strategy consortium with a small group of experts and officials to discuss the evolution of the Russia-China relationship and how the United States and its allies should navigate it. This paper summarizes many of the points made during this meeting.

Background: The Nature and Trajectory of the Russia-China Relationship

In recent years, Russia and China have become increasingly aligned strategically, even though they have not formed a formal alliance. Russian and Chinese leaders share an authoritarian ideological orientation and perceive American power and democratic values as a threat. They are working together more closely to disrupt the US-led, rules-based global system, undermine American influence, and discredit the American political, economic, and social system. Their cooperation is especially strong in the military, cyber, diplomatic, and economic domains:

Although Russia and China are increasingly strategically aligned, it is unlikely that they will form a deep and trusting security alliance. There are real, enduring sources of friction in the relationship. The Russians claim, for example, that their new, nuclear-capable intermediate-range missiles are intended in part to deter China. Economic cooperation between Russia and China in the Arctic has grown, but the issue of Arctic governance remains an area of significant tension given Moscow’s Arctic security interests. In February 2015, Russian Defense Minister Sergei Shoigu expressed agitation over how non-Arctic states (China) “obstinately strive for the Arctic.” China is not likely to accept the idea of playing a tangential role in Arctic decision-making.

Moreover, while Russia and China are bound by authoritarian ideology and negative views of the United States and of Western values, they lack deeply rooted cultural or other ties. The relationship is currently top-down, heavily driven by the countries’ respective leaders. A change of leadership in either country could alter the direction and/or intensity of the partnership.

Finally, autocracies have historically tended to be unreliable partners. Russia’s history over the past century, for example, shows that it often engaged in military conflict with formal “allies.” It fought Nazi Germany during World War II, invaded Warsaw Pact members Hungary and Czechoslovakia, engaged in the Sino-Soviet border conflict of 1969, and invaded then-Commonwealth of Independent States members Georgia and Ukraine.

Implications for US National Security

Image: Russia's President Vladimir Putin and China's Xi Jinping walk down the stairs as they arrive for the BRICS summit in Brasilia, Brazil November 14, 2019. REUTERS/Ueslei Marcelino