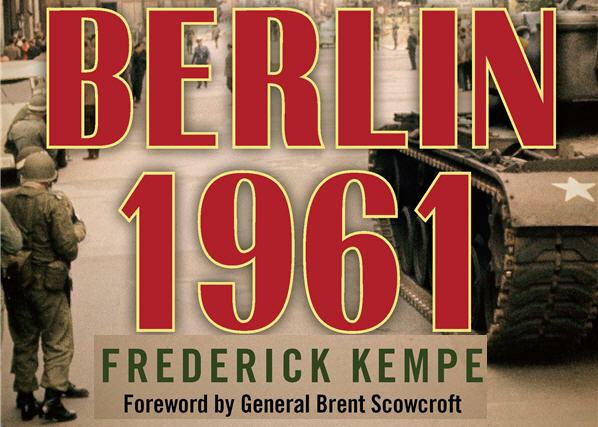 America’s ambassador to Moscow had never seen Soviet Premier Nikita Khrushchev so fixated on the Berlin issue nor so determined to bring the crisis to a head.

Khrushchev was already in foul temper when he reluctantly consented to receive President Kennedy’s first letter to him, which contained his long-sought invitation to a summit meeting in May – in either Stockholm or Vienna. Khrushchev had kept U.S. Ambassador “Tommy” Thompson waiting for ten days before he could deliver the message, and then only in Siberia, a 1,800-mile flight from Moscow.

The Soviet leader’s face was ashen, his body slumped, and his eyes lifeless—an appearance that was in such contrast to his usual brash buoyancy that it shocked Thompson. The combined toll of political setbacks, economic difficulties and the worsening Berlin problem were weighing him down. His sour mood worsened after he inspected a Russian translation Kennedy’s letter and saw it didn’t include a single word on Berlin.

Speaking calmly and wearily, Khrushchev told Thompson that Kennedy must understand that he would never back off his demand to negotiate “the German question” – with the ultimate goal of shutting down the East refugee flow that was threatening not only East Germany but through it also the entire Soviet world.

Under instructions not to be drawn on Berlin, Thompson responded only that Kennedy was “reviewing our German policy and would wish to discuss it with Adenauer and other allies before reaching conclusions.”

Fed up with what he considered U.S. delay tactics, Khrushchev scoffed at the notion that the world’s most powerful country must consult with anyone before acting, given his own dismissive treatment of Warsaw Pact allies. “West Berlin is a bone in the throat of Soviet-American relations,” Khrushchev told Thompson, and it would be a good time to remove it.

Speaking as a man who knew he was running out of time, Khrushchev laid out his negotiating position for a U.S. president who was still unwilling to talk about Berlin’s status.

He would guarantee West Berliners could choose their own system of governance, even if it was capitalism, but the U.S. would have to abandon German unification and together with the Soviets recognize the sovereignty of the two German states through a war-ending treaty. Khrushchev said West Berlin would become a United Nations-registered and protected city with a residual, symbolic four power force. However, East Berlin would be left out of such planning and remain the capital of East Germany.

The reason he would be willing to accept West Berlin as a capitalist island in East Germany, Khrushchev said, was because the Soviet in any case would surpass West Germany in per capita production by 1965 and then surpass the U.S. five years later. To further illustrate West Berlin’s insignificance, he used some simple math and crude language to demonstrate that one night’s sexual activity in the Soviet Union, where the population grew by 3.5 million each year, would more than replace the two million population of West Berlin.

After so many weeks of angling to meet Kennedy, Khrushchev balked at the president’s invitation and said only that he was “inclined to accept.”

With uncanny clairvoyance, Thompson cabled home after his trip that Khrushchev would make Berlin the primary focus of any such summit and would force the Berlin issue before the October Party Congress. If he did that, said Thompson, “It could involve the real possibility of world war, and we would almost certainly be led back to an intensified Cold War relationship.” At the very least, wrote Thompson, the U.S. must “expect the East Germans to seal off (their) sector boundary in order to stop what they must consider the intolerable continuation of the refugee flow through Berlin.”

With that, Thompson may have been the first U.S. diplomat to predict the Berlin Wall. President Kennedy and American intelligence still disagreed with the ambassador’s sense of urgency.