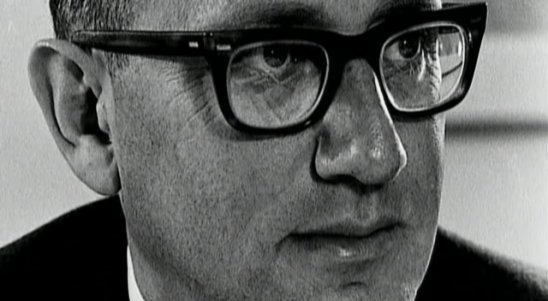 Henry Kissinger spent only a day or two each week in Washington working as a White House consultant, commuting from his post at Harvard University, but that had proved sufficient to put him at the center of the struggle to shape Kennedy’s thinking on Berlin.

At age 39, the ambitious professor would happily have worked full-time for the president: that, however, had been blocked by his former dean and now D.C. boss, National Security Adviser McGeorge Bundy. Though Kissinger had mastered the art of flattering his superiors, Bundy was more immune to it than most. Along with the president, Bundy regarded Kissinger as brilliant also tiresome. Bundy imitated Kissinger’s long, German-accented discourses and the rolling of the president’s eyes that accompanied them.

For his part, Kissinger would complain that Bundy had put his considerable intellectual talents to “the service of ideas that were more fashionable than substantial.” Kissinger biographer Walter Isaacson concluded that their differences were a matter of class and style: the tactful, upper-class Bostonian condescending to the brash German Jew.

Still, being so near the center of American power was a heady experience for Kissinger, and an early introduction to the White House infighting that would become such a part of his extraordinary life. Kissinger worried that Kennedy’s aides, and perhaps the president himself, might be naïve enough to be tempted by Khrushchev’s “free city” idea, under which West Germany would fall under United Nations control. Kissinger was also concerned about Kennedy’s distaste for the great West German Chancellor Konrad Adenauer. He believed the traditional U.S. commitment to eventual German unification through free elections was fanciful, and should be negotiable.

Kennedy, Kissinger feared, didn’t sufficiently realize that inattention to Berlin could breed a crisis for the Atlantic Alliance that would hurt U.S. security interests far more than any deal with Moscow could justify. So he put his warning to Kennedy in unmistakable language:

The first task is to clarify what is at stake. The fate of Berlin is the touchstone for the future of the North Atlantic Community. A defeat over Berlin, that is a deterioration of Berlin’s possibility to live in freedom, would inevitably demoralize the Federal Republic. Its scrupulously followed Western-oriented policy would be seen as a fiasco. All other NATO nations would be found to draw the indicated conclusions from such a demonstration of the West’s impotence.

As would become his hallmark, Kissinger put Berlin in its global context at a time when he believed the Soviets had built up a dangerous momentum:

For other parts of the world, the irresistible nature of the Communist movement would be underlined. Coming on top of the Communist gains of the past five years, it would teach a clear lesson even to neutralists. Western guarantees, already degraded in significance, would mean little in the future. The realization of the Communist proposal that Berlin become a “free city” could well be the decisive turn in the struggle of freedom against tyranny. Any consideration of policy must start from the premise that the West simply cannot afford a defeat in Berlin.

What Kissinger and Kennedy did not know at that time was the Soviet leader Nikita Khrushchev already was moving forward with his own decisive policy to close the Berlin border. Even as different factions in the Kennedy administration were dithering over how to respond to Khrushchev threats at the Vienna Summit, the Soviet was providing his green light for the Berlin Wall.