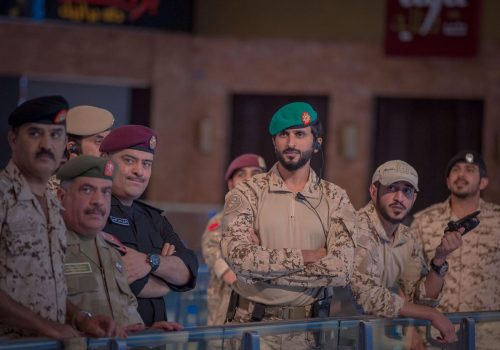 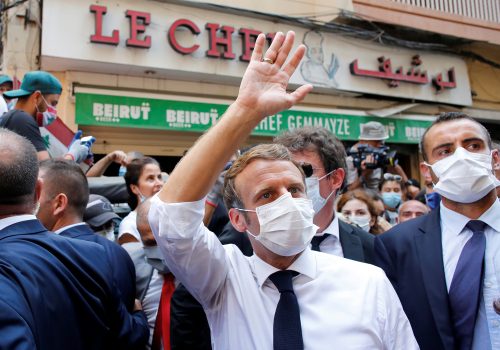 Ambassador Nathan A. Sales is a nonresident senior fellow with the Scowcroft Middle East Security Initiative and Middle East Programs, focusing on counterterrorism, security, democracy and the rule of law, and human rights.

From 2017 to 2021, Ambassador Sales served at the U.S. Department of State as Under Secretary for Civilian Security, Democracy, and Human Rights (acting). He oversaw nine bureaus and offices led by Senate-confirmed principals, with 1,300 employees and a combined foreign assistance budget of more than $5 billion annually, and the mission of preventing and countering threats to civilian security, including terrorism, mass atrocities, and violations of human rights and the rule of law.

Concurrently, Ambassador Sales served as Ambassador-at-Large and Coordinator for Counterterrorism. After being nominated by the President and unanimously confirmed by the U.S. Senate, he was sworn in on August 10, 2017. He served as the principal adviser to the Secretary of State on international counterterrorism matters, and led the State Department’s Counterterrorism Bureau, a 200-person team with an annual foreign assistance budget of $400 million. He was also the Special Presidential Envoy to the Global Coalition to Defeat ISIS, leading U.S. relations with the 83-member Coalition and efforts to ensure the lasting defeat of ISIS in the Middle East and around the world.

While at the State Department, Ambassador Sales led the elements of the U.S. government’s China strategy promoting democratic values and human rights, including with respect to Hong Kong and Xinjiang. He oversaw the development and implementation of a wide range of U.S. government sanctions, including Global Magnitsky Actions and Executive Order 13,936, targeting those responsible for undermining Hong Kong’s freedoms and autonomy. Ambassador Sales was the architect of the landmark 2017 UN Security Council Resolution 2396 on terrorist travel and sanctions, and successfully pressed NATO to make counterterrorism a core Alliance mission.  He led diplomatic engagements to persuade a dozen key partners in Europe and the Americas to designate Hizballah as a terrorist organization in its entirety.  He launched the Western Hemisphere Counterterrorism Ministerial, in which heads of state and minister-level officials meet bianually to coordinate efforts against terrorist threats in the region.  He led the U.S. government’s international efforts to combat white supremacist terrorism, including through sanctions.

Before joining the State Department, Ambassador Sales was Of Counsel at the law firm Kirkland & Ellis LLP (formerly Bancroft PLLC). He was also a tenured law professor, teaching and writing in the fields of administrative law, constitutional law, and national security law. His scholarship has been cited by the U.S. Supreme Court multiple times.

Ambassador Sales previously was Deputy Assistant Secretary for Policy at the U.S. Department of Homeland Security. He led DHS’s efforts to draft and implement legislation that strengthened the security of and expanded the Visa Waiver Program (which allows citizens of certain countries to travel to the United States without a visa). He headed the U.S. delegation in talks with seven countries to implement the new security measures and was the Secretary of Homeland Security’s Special Envoy to South Korea.

Ambassador Sales also served at the Office of Legal Policy at the U.S. Department of Justice, where he worked on regulatory initiatives, counterterrorism, and judicial confirmations. In 2005, he managed DOJ’s “war room” for the confirmation of Chief Justice John Roberts. He received the Attorney General’s Award for Exceptional Service – the Justice Department’s highest honor – for his role in drafting the USA PATRIOT Act, as well as the Attorney General’s Distinguished Service Award.