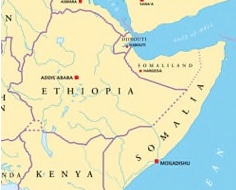 In the latest in the series of “IntelBriefs” on African security issues being produced by the Atlantic Council’s Michael S. Ansari Africa Center in partnership with the Soufan Group, an international strategic consultancy, Africa Center Director J. Peter Pham and Deputy Director Bronwyn Bruton look at the vital contribution the breakaway northern Somali territory known as “Somaliland” has made to security in the Horn of Africa and the world.

However, despite its military cooperation with US, French, and NATO forces to fight terrorism and piracy in the region, the impending defeat of al-Shabaab and the creation of the Somali Federal Government last year have diminished its prospects for international recognition. Forcing Somaliland into a federal arrangement with Mogadishu may undermine its internal cohesion and could, at worse, spark a new round of conflict in Somalia.