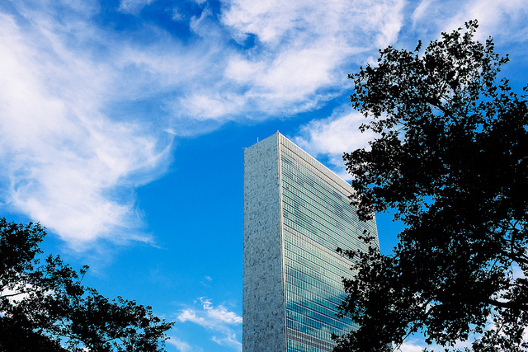 • On December 2, the United Nations Stabilization Mission in the Democratic Republic of the Congo (MONUSCO) announced it will deploy unmanned aerial vehicles (UAVs), popularly known as “drones,” to monitor rebel groups along the Congolese-Rwandan border.

• As the UN’s first deployment of UAVs to support a peacekeeping mission, the decision has implications not only for the Democratic Republic of the Congo, where 20,000 peacekeepers have struggled to contain a two-decade-old conflict, but for peacekeeping operations across the globe.

Unmanned peacekeepers
MONUSCO is currently operating two surveillance drones made by Italian manufacturer Selex ES, and plans to launch three more by the end of March 2014, to ensure around-the-clock surveillance of the border regions of the Democratic Republic of the Congo (DRC). The UAVs will patrol a 250-kilometer radius around the provincial capital of Goma (near the border of Rwanda), and can hover for approximately ten to 12 hours at a time, providing data that would otherwise be difficult to collect in areas in which UN patrols are stretched thin.

In addition to monitoring the positions and movements of armed groups and refugees, these new unmanned surveillance assets will serve as a situational awareness tool to inform and protect ground-based UN combat brigades operating in dangerous terrain. The intelligence will assist the peacekeepers and the Congolese national army to counter operations by two armed groups in particular, the Democratic Forces for the Liberation of Rwanda (FDLR) and the Allied Democratic Forces (ADF). The mission may also help MONUSCO officials to more efficiently track export routes for illicit goods—including conflict minerals and arms shipments to rebel groups—being smuggled into neighboring countries from eastern Congo.

If all goes well, the deployment of drones in the DRC could set a precedent for other theaters on the African continent, including Mali, Darfur, and the Central African Republic. The government of Côte d’Ivoire has already said it would like the UN to use surveillance drones along its borders, as has the embattled South Sudanese government.

Tarnished reputations
While there is already much talk of reproducing the UAV deployment in other parts of the continent, some Security Council members have expressed concerns over the processing and distribution of the intelligence data that the drones will collect. Chief among these critics is neighboring Rwanda, one of three African countries currently sitting on the UN Security Council.

Rwanda is accused of illegal resource extraction and of backing various rebel groups in the eastern DRC, including the M23 militia, which recently agreed to cease hostilities, and is understandably reluctant to tolerate the use of UAVs on its doorstep. The drones are not mandated to fly over Congo’s borders, so Kigali’s privacy concerns may be legally moot if they do not reconnoiter over its border. But there is a problematic lack of clarity about what information the UAVs will gather, who will have access to it, and whether the intelligence will be used for strictly peacekeeping purposes or for ground operations carried out by military personnel.

The UN is also facing an uphill climb against global public opinion about the use of “drones” (see TSG IntelBrief, December 4, 2013: UN Mission and ISR Support in Africa: A New Paradigm). MONUSCO first requested UAVs in 2008, and has spent the past five years dispelling misperceptions that it would launch lethal drone strikes against Congo’s rebels. In a best-case scenario, prudent use of MONSUCO’s surveillance UAVs may help the UN to “rebrand” drone use among donor and troop-contributing countries so that UAVs can be utilized in other conflicts. At worst, though, misuse of UAV-gathered intelligence or local rumors of drone strikes—even if unsubstantiated—could reinforce the public backlash sparked by the use of armed UAVs in countries like Somalia, Pakistan and Yemen.

MONUSCO will have to repair its own reputation, as well. The launch last year of an offensive intervention brigade, followed by decisive military victory over the M23, has not dispelled the aura of corruption, criminality and incompetence that has dogged UN peacekeeping efforts in the Congo. Over the years, UN peacekeepers in the DRC—from MONUSCO as well as its predecessor missions—have been accused of egregious human rights violations, including allegations of widespread sexual exploitation of displaced Congolese women and girls. Photos of the M23 capture of Goma, which depict rebel forces strolling casually past armed peacekeeping personnel, remain ubiquitous. UAVs could improve MONUSCO’s performance; they could also add fuel to critics’ fire.

Strategic Implications
Given MONUSCO’s tarnished reputation, the United Nations should expect tough questions from critics about how UAV intelligence will be managed in DRC and with whom it will be shared. Rwanda will no doubt lead the charge, but global equities are resting on MONUSCO’s performance. If the UN hopes to apply UAV technology to assist other missions, it must appease its critics on the Security Council by walking a careful political line between transparency and discretion. It will also have to justify the need for a UAV program militarily, by acting on UAV intelligence in a timely and effective manner.

Amy Calfas is an intern with the Africa Center.