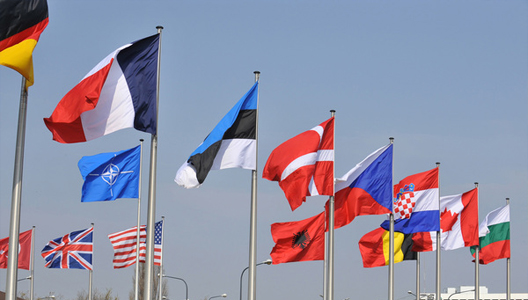 As the United States and European Union begin negotiations in earnest to establish a robust Transatlantic Trade and Investment Partnership, C. Boyden Gray argues in a new Atlantic Council issue brief that the two sides should seek the most comprehensive agreement possible. Given the relative weakness of the recovery in the aftermath of the financial crisis, opening trade and establishing common regulatory standards provides both Europe and the United States with a viable path towards strong, sustainable economic growth.

In the aftermath of World War II, the greatest concern facing the United States and its European allies was restraining the Soviet Union and preventing the spread of communism. Cooperation on military security was paramount, and the United States and Europe rose to the challenge by creating NATO, a new type of multilateral defense agreement. Once again, the transatlantic relationship is at a new and perilous crossroads. But now it is economic, rather than military security that is at risk. Crisis grips the economies of Europe, just as the United States, mired in historic levels of unemployment in the wake of the 2008 recession, is rethinking its strategic priorities and place in the world. As before, fears mount concerning the future of liberal democracy and Western capitalism. The question is whether transatlantic cooperation will again rise to the challenge.

The stakes could not be higher. Unless the United States and Europe make a concerted, focused, and intensive effort to meet the challenges of the post-recession era together, they risk ceding to rising powers their economic and political influence in ways that could undermine global stability, as well as their long term prosperity and values. The United States and Europe need to reimagine their relationship, engaging strategically to manage the greatest shift of economic and military power since the 19th century.

In order to promote a return to a flourishing economy, we need to focus on aligning US and European regulatory frameworks in order to attain greater inter-operability through increased cooperation, mutual recognition, or convergence. As a result, in today’s paradigm, we do not simply need a “free trade agreement.” We need a new type of agreement—an “Economic NATO”—that will eliminate barriers to economic growth and spur creativity and investment both domestically and across the Atlantic. Political and economic realities have provided the US and Europe with a unique opportunity for significant progress, we must not miss this historic moment.

C. Boyden Gray is a founding partner of Boyden Gray & Associates PLLC, a law firm specializing in appellate, energy, and financial regulatory law. He is a former US ambassador to the European Union and a former chair of the American Bar Association’s Section of Administrative Law and Regulatory Practice. He currently serves on the Atlantic Council’s Board of Directors.