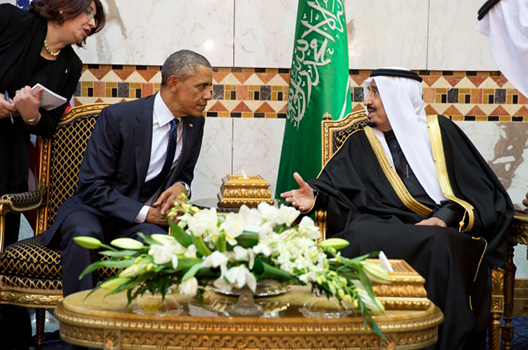 President Barack Obama’s summit meeting with Gulf leaders at Camp David on May 14 will end in failure if the administration does not propose a substantial upgrade in US-Gulf security relations that is as bold and strategically significant as the nuclear agreement–and likely formal deal–with Iran.

While the summit will not suddenly eliminate mistrust and resolve all differences, it presents an historic opportunity to put back on track a decades-old US-Gulf partnership that has served both sides and the region well, yet lately has experienced deep turbulence. Failure to strengthen these ties will have consequences, the most dramatic of which could be the acceleration of the regional order’s collapse.

In a March 2015 Atlantic Council report entitled Artful Balance: Future US Defense Strategy and Force Posture in the Gulf, we made the case for a mutual defense treaty between the United States and willing Arab Gulf partners. In this issue in focus, we offer a more comprehensive and detailed assessment of the risks, concerns, benefits, and opportunities that would be inherent in such a treaty. We recommend a gradualist approach for significantly upgrading US-Gulf security relations that effectively reduces the risks and maximizes the benefits of more formal US security commitments to willing Arab Gulf states.