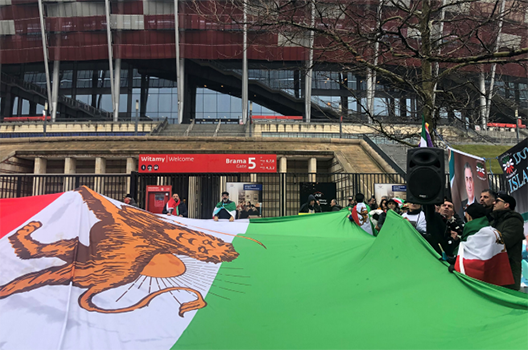 Iran is facing a myriad of challenges, domestically, regionally and internationally. Its economy is suffering from sanctions imposed by the Trump administration, its regional adversaries are building a united coalition against it, and diplomatic efforts have not been enough to escape further international isolation. But even while facing sobering external challenges, Iran has not lost sight of its domestic and expatriate political opposition. As Atlantic Council nonresident senior fellow Borzou Daragahi argues in his new issue brief, “Beyond Control: Iran and Its Opponents Locked in a Lopsided Confrontation,” the Islamic Republic still perceives these groups and any group not under its direct control as a threat to regime stability.

Throughout the paper, Daragahi shows how Iran’s political opposition groups are largely weak and fragmented. Reformists within the country are beholden to moderates, and they have failed to shift the direction of Iran in any substantive way. Foreign-based opposition groups like the monarchists are removed from the reality on the ground, and they inherently lack the credibility to present a viable alternative to the current system. And although the Mujahedin-e Khalq (MEK) may curry favor with the current US administration, their support is more limited within Iran.

Given the disjointed nature of Iran’s political opposition groups, it may seem Iranian leadership has responded to them disproportionately. The regime’s de facto response has been to control, surveil, and manipulate everyday aspects of life and to neutralize even the most mundane threats before they emerge. Despite this monopoly on power, the regime still fears the scenario in which an organized faction bands together with the middle-class and working-class against the government. This new Atlantic Council issue brief assesses the groups that are deemed threats by the Islamic Republic, analyzes the regime response to each, and discusses how the United States might respond in this environment.